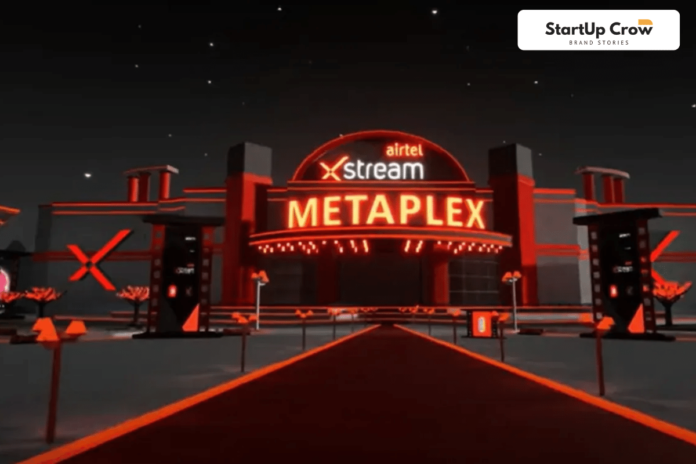 Metaverse has been very known and much talked word ever since it was coined by Facebook or Meta you can say.It opens the vision of a mysterious and interesting future in everyone’s mind. At the same time, continuous efforts are being made to develop this. Meanwhile, one of the largest telecom companies in India Airtel has launched a virtual Multiplex programme in Metaverse.

Read Also : Udaan CEO On track to have a positive unitary economy

So what is Multiplex project & how it works

Multiplex ia basically the extension of Airtel Xtreme Premium offering. Multiplex ,the word gives us a little bit idea about movie projections so is what here. The company has launched a 20-screen multiplex in a meta verse called ‘Partynite’. This virtual theater will be called ‘Xstream’ and will have content from various OTT channels. This service will be available for free trial in which the first episode of an OTT series or portions of regional language films can be shown.

Airtel’s Xstream multiplex provides a larger-than-life experience, which brings together Web 3.0 apps and immersive storytelling, and an assortment of content from our partners. We all know people’s love for movies and entertainment in India. Through the meta verse, we are looking to tap into a larger audience, giving content enthusiasts an opportunity to sample Airtel’s Xstream Premium offering and, thus, aiding in driving higher adoption,” Shashwat Sharma, Director – Marketing, Airtel. An experience that allows you interact on Partynite Metaverse. A very unique experice for every movie lover. The service is also available for free trial all you need is go ahead for you first multiplex experience in the Metaverse.

“PartyNite. India’s own Metaverse! An immersive METAVERSE to Create your own Avatar, Play Games and Earn the unique creations as NFT.” as said by Instagram.
Meanwhile the partynite website says “PartyNite, India’s very own Meta verse. An exciting digital parallel universe (powered by blockchain) to hangout with your friends as customisable avatars & have fun exploring new worlds, meeting new people, joining parties, attending events, playing games, claiming – minting – selling playable NFTs, dancing, listening to music, having a drink or as simple as just talking. Come join us. Life’s a party, get a life here!”

So by now you must have understood what is Partynite Meta verse we do not need tö stretch it more.

Also you should know

You can download the “Partynite Metaplex” app on Windows & for Android devices from on their respective app stores.

With the launch of this service, Bharti Airtel has moved towards Web3. The cost of monthly subscription to Xstream will be Rs 149. In this metaverse multiplex, which looks like a normal multiplex, digital form of people can be seen walking and shopping. Xstream is produced by Bharti Airtel’s integrated media agency Essence and Partynite Metaverse is developed by Gamitronics.

So this all we brought to you . The article ends but the Metaverse starts .
Also dont forget to read other stories.