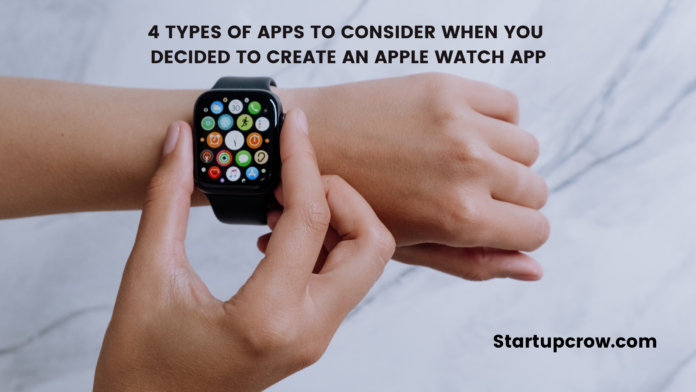 When Apple first established its smartwatch and presented it to the public, everyone felt that the astounding hardware package lacked proper smartwatch attributes because of software hurdles. Since the first developer was able to create an Apple Watch app, the watch’s hardware capabilities have been immensely improved upon by Apple, so much that the latest Apple Watch is, hands down, the best smartwatch ever made. A lot has changed within a decade, and now you can build a WatchOS app.

The navigation and UX feel spontaneous and self-generated, but all the apps launch super quickly, and the overall smartwatch feel has grown more. This is especially genuinely confirmed from the specifications of the apps we will be considering; the types of Apple Watch app out there can guide you in converting your brilliant idea into something smart by developing WatchOS apps.

The article How to build a WatchOS app will expose you to many possibilities that exist to help you create a WatchOS app. You will learn the design principles to consider in choosing a wearable app for the Apple Watch. We will also be looking into various apps and how they apply to various activities, fitting into specific purposes for which you may want to develop a wearable app.

Apple released the latest Apple Watch, and the developer community can already perceive the revolutionary improvements. And the most profound part about the new development kit is that the apps no longer have an iPhone element. This makes it easier for the developer community to create separate watch applications for the first time. These apps are called watch-only apps. In addition, applications can now take advantage of new APIs to connect your apps to the Apple Watch directly and seamlessly. That is why developers need to understand how to build a wearable app for Apple Watch in a more enjoyable and intuitive way. The following are apps that you should consider base on their function;

CREATE AN APPLE WATCH APP OF YOUR CHOICE

With an Apple Watch with an operating system of watchOS 4.1 or higher, you can create your music app, allow for it to add albums and playlists created either from your macOS computer or your iPhone. You can make your look and like apps such as Spotify, Pandora, and iHeartRadio. Each app has slightly different functionality, but retains similar processes. Ensure that the app gives the users access to your library or your stations. Also, link a paid subscription to a service like your music app, typically making users do even more through the app, such as listen to music offline. It is currently the best reason you want to make an Apple Watch app.

The Apple Watch is incredibly functional for its health and fitness abilities, and one of the standard capabilities of the WatchOS is the ability to support a workout app. Creating your unique Workout app, you can make it track your user’s progress in series of programs in and out of the gym, including biking, walking, hiking, jogging, rowing, elliptical, stair stepper, swimming, and even yoga.

You can build your customizable Heart Rate app; your users will be able to monitor their heart rate at any time. It will measure and display their current heart rate. As long as their watch is in display mode or glance at the face, measurements are periodically taken to record their rate. The app may also display their current rate, resting rate, average rate, and specific rates based on their activities. You can develop the app either based on the health needs of your target market or based on features you think are competitive with the Apple Watch’s built-in heart rate monitor.

Activity tracking apps have long been available for the Apple Watch, but you can introduce your activity management app. The commonest type on Apple Watch is the sleep tracker. The sleep tracking app can determine how much time your users are asleep during the night. Other activities that can be tracked with an app are walking, eating habits, and sitting.