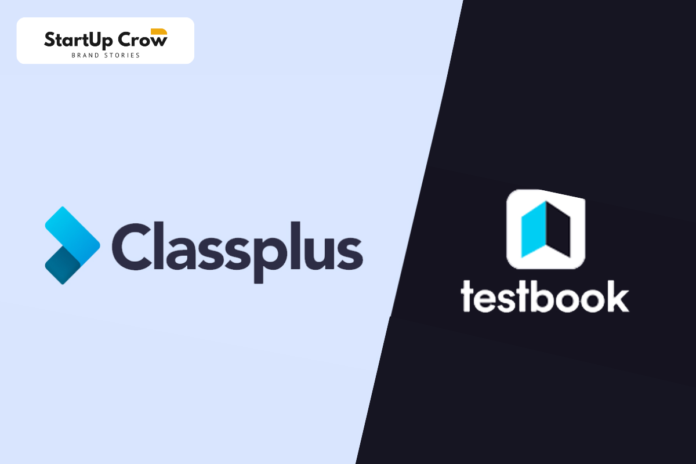 B2B edtech company Classplus has entered the consumer segments by acquiring a minority stake in Testbook through a secondary transactions. This is an initial investments by the Noida based firms in the start of exam preparations. With this investment, Classplus has bought shares of current investor Matrix and Pivot Venture.

The Classplus board passed a special resolutions to allocate 1,695 Series E preference share to Matrix Partner & Pivot Venture at an issue price of Rs 4,00,013 per share, totaling up to Rs 67.80 crore against 7,867 Testbook share in power of them, according to the company regulatory filing with the RoC.

Following this transaction, Matrix Partner will own a 1.65% stake in Classplus. According to Fintrackr estimates, Matrix owned a 34% stake in Testbook until its latest funding round.

The investment is strategic in nature and Classplus may fully incorporate Testbook into the company in the futures. Classplus will evaluate acquiring more share in Testbook if the company demonstrates the desired performance. It is also likely to put some primary capital into Testbook in the coming months, said one of the sources who requested anonymity as this person is not authorized to speak to the media.

It is worth noting that Testbook requires primary capitals to grow further as it has found it difficult to raise outside capital. It is one of the rare VC backed edtech startups that has not raised capital in the last two and a half year. So far, it has raised around $13 millions from Iron Pillar, Matrix & a handful of angel investor.

Queries sent to Classplus & Testbook did not get any immediate response. We will update the story as they respond.

As of now, Classplus has raised $160 million in various rounds and was valued at around $600 million in its last round. His investors include Alpha Wave, Tiger Global, Sequoia Capital’s Surge, Times Internet, Blume, and GSV Ventures.

Given the ongoing layoffs & closures, especially in the edtech space, the startups ecosystems may see more such deals in the coming month. According to media report, almost all edtech startup have laid off a significant number of employees in recent months. The list includes Byju’s, WhiteHat Jr, Toppr, Unacademy, Vedantu, LEAD, and Eruditus, while Ronnie Screwvala backed Lido & Alpha Wave backed Udayy have shut down due to lack of fund.