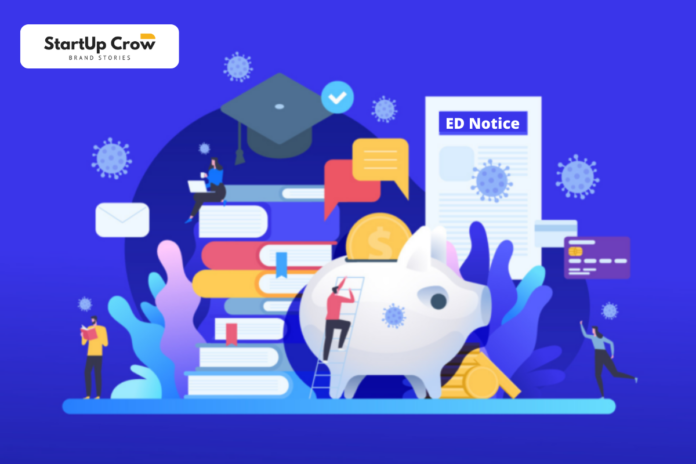 ED Notice – The ED has sought further details and documents from crypto exchanges as part of its investigation into the alleged cases of currency violations. Previously, the government had recovered a total of INR 95.86 Cr from 11 leading cryptocurrency exchanges in the country for tax evasion. We receive inquiries from various government agencies. Our Approach Has Always Been Transparency: CoinSwitch Kuber Spokesperson

From tax evasion to various fraud and money laundering, the cryptocurrency ecosystem in India has been in the spotlight for all the wrong reasons in recent months. While the government and central bank have already maintained an anti cryptocurrency stance, these incidents have put the exchanges under the radar of various investigative agencies. (ED Notice)

In the latest development, the Enforcement Directorate ED reportedly sought further details and documents from crypto exchanges like CoinDCX and CoinSwitch Kuber as part of its investigation into the alleged cases of currency violations.

An official at a major crypto exchange told that it is not unusual for exchanges to receive such tips as part of a routine investigation.

Meanwhile, a CoinSwitch Kuber spokesperson said We received inquiries from various government agencies. Our approach has always been one of transparency. Crypto is an early stage industry with a lot of potential and we continuously engage with all stakeholder.

According to industry sources, crypto exchanges are not only being investigated by the ED, but also by the Department of Income Tax and the GST Commissioner. The ED is reportedly examining the details of the offshore transactions. (ED Notice)

The ED had summoned WazirX officials a year ago regarding crypto transactions worth around INR 2,800 Cr, which the agency said violated FEMA rules.

The matter is pending before the Karnataka High Court, where the company and its director filed a written petition and the court approved an interim order. We have complied with the order. The matter is subjudice. WazirX is not the only exchange that has received such a call.

Later in March 2022, Minister of State for Finance Pankaj Chaudhary informed Parliament that the government had recovered a total of INR 95.86 Cr from 11 leading cryptocurrency exchanges in the country including CoinDCX, WazirX, CoinSwitch Kuber and Unocoin.

The Indian government has not yet made its position on cryptocurrencies clear. While the industry hoped that the imposition of taxes on crypto income and transactions would legalize it, Finance Minister Nirmala Sitharaman clarified that taxing cryptocurrencies does not give it legal status.