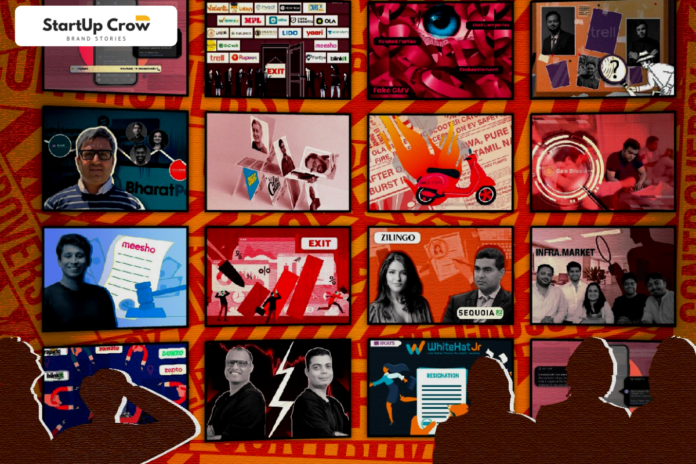 We are almost halfway through the year and if the first six months are anything to go by, 2022 will bring a lot more bad news before things get better for Indian startups. While that remains a light at the end of the tunnel, according to investors and some startup founders, they also harbor a lot of outrage at how things have played out this year.

From layoffs that have dominated the headlines to disputes between founders that threaten to engulf giant companies, as well as claims of investors squeezing founders, plus reports of fraud and financial irregularities, there is plenty to be outraged about.

The so-called funding winter in 2022 or at least the decline in capital inflow is also affecting many Indian startups. So is it just one factor in this recession or is there a deeper rot? We’ll try to answer that, but first here a look at our top stories this week.

As we entered 2022, the excitement in the startup ecosystem was unprecedented. There was much to celebrate, from the ease of financing to unicorns & IPOs, but that momentum has taken a U-turn and everything now looks like an uphill climb for startups. And in the midst of this, a series of corporate governance problems and accusations, as well as public spats and bitter disputes on social media.

Some investors have told us privately that this is not the ecosystem they want to see, but such is the stage of the Indian market that this had to happen. While some are of the opinion that these problems are being amplified in the current downturn and that the ecosystem will emerge stronger, some of these controversies and issues are hard to swallow given how deep the rot has spread.

In the case of BharatPe & Zilingo, we have seen the founders clash not only with each other but also with the investors, while in Trell, the founders claim that the investors tried to intimidate them. Infra.Market is being investigated by the authorities for alleged fake transactions.

There are also other cases, like Invact Metaversity, where founders had a breakup and even investors publicly berated co-founder Manish Maheshwari. The intense competition has fueled social media smear campaigns, like the one Meesho accuses rivals of orchestrating through influencers.

We’ve also seen layoffs at nearly two dozen startups, further fueling controversy over reckless scaling & mismanaged hiring. The total number of layoffs in 2022 now exceeds 9,500, according to our tracker. And we’re not even talking about the other topics that keep coming up every week, including the troubles in the concert economy, the talent wars, and everything else we’ve tracked this year.

Investors, who have closely watched the startup ecosystem for the past decade, told us these problems would come up infrequently before, but the regularity of these ugly headlines has magnified the problem, but its a sign that the maturity is coming fast. For example, such problems are rarely seen in the US or other more mature markets, which saw this phase a few decades ago.