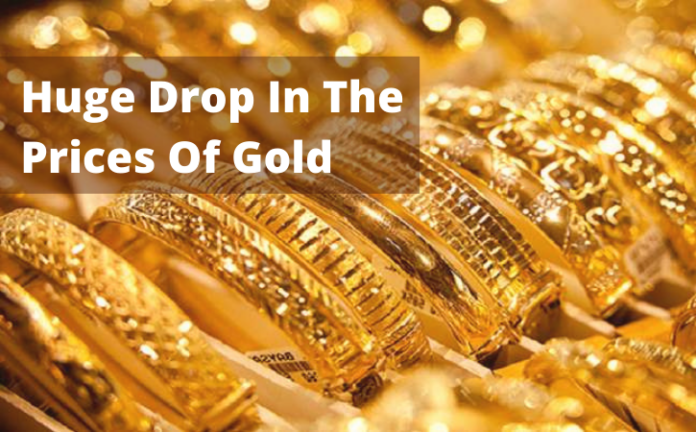 According to the report, there is a huge drop in the prices of gold, experts say that such a decline of gold has been seen after a lot of years and they also say that their price is going to decrease even more. This year, we can see many things which are affected because after such a big pandemic our economy is going to see a lot of changes which will be stable according to the time.

If we analyze the entire data, about 30 years or so, we have seen a decline, which is the most ghost condition of the decline of gold prices this year, gold has always been considered a stable investment, and people consider the safe zone to invest money on gold and buying gold.

Spot prices hit a seven-month low on Friday, worsening a slump and breaching through a support level that analysts claim could portend more declines. Bullion pared some of Friday’s losses as the dollar headed lower, though is now down more than 6 percent this year.

Gold’s start to the year is the worst since 1991, according to data gathered by Bloomberg. A gain in Treasury yields is weighing on demand for non-interest-bearing bullion, with the metal widening losses after developing a so-called death-cross trend earlier this week. Yields on 10-year Treasuries soared to the highest pace in almost a year this week.

If you are also running a startup and you have success in it, then you can also share your story with us, our email is startupcrow@gmail.com