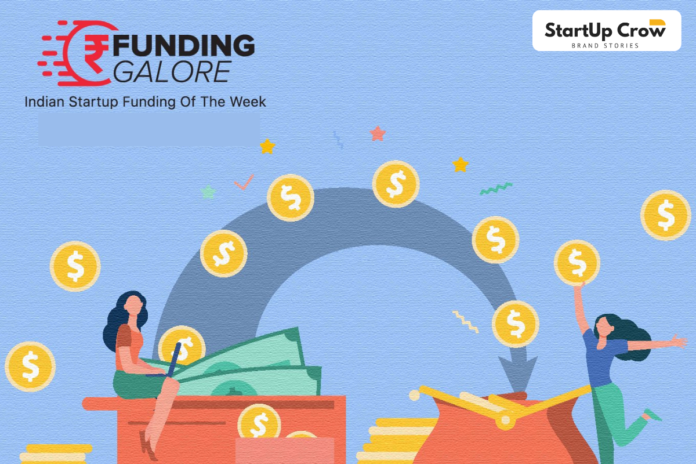 The Indian startups ecosystem has raised around $468 million in 27 deals in the opening week of June. The week saw a total of four acquisitions, including enterprise tech unicorn Gupshup, which marked its fourth acquisition in five months by acquiring OneDirect. PayMate, the Mumbai-based fintech startup, introduced DRHP for INR 1,500 Cr IPO

After a massive drop in funding during the month of May, June started on a jovial note as the startup ecosystem managed to pocket $468 million across 27 deals. This is an 81% increase from the $258 million startups raised between May 23-28 through 36 funding deals.

This week biggest funding was raised by customer engagement platform MoEngage. The startups managed to pocket $77 Mn in a Series E funding round led by Goldman Sachs Asset Management and B Capital.

PayMate, the Mumbai-based fintech unicorn, has filed its draft red herring prospectus DRHP with the Securities and Exchange Board of India SEBI. The B2B payment solutions provider will bring an initial public offering IPO worth INR 1,500 Cr $193.5 Mn.

From the Startups Acquisition Desk

Industry veteran and advisor to investment firm KKR, Sanjay Nayar, also the husband of Nykaa Falguni Nayar, has set up a venture fund to back early-stage startups in India.

Other developments of the Indian startup ecosystem

Based on start-up funding data for May this year, overall funding for the month was the lowest of 2022 with just $1.6 billion raised during the month, more than 50% less than the $3.4 billion raised in April . But early-stage funding has seen more than 4X growth in terms of total capital invested and a hefty 59% increase in the number of deals, data from shows.

The US-listed unicorn SaaS and Freshworks has offered its founder and CEO, Girish Mathrubootham, 9 million units of shares worth $233.41 million as a stock award. The share units will vest over the next seven years.