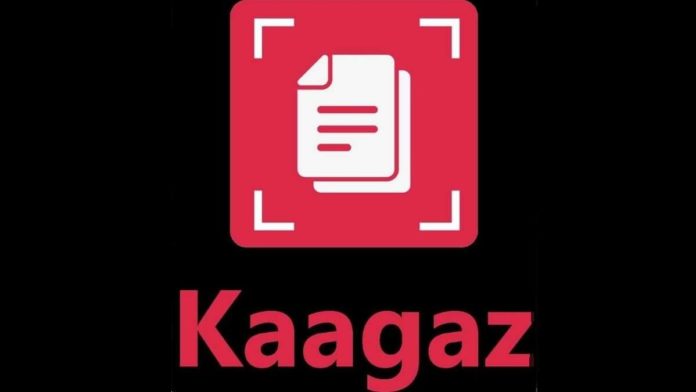 On 30 June, the Government of India banned 59 Chinese apps, including CamScanner, after the discontinuation of CamScanner, the Kaagaz Scanner, which is an Indian startup, was downloaded from Zero to Millions within few days. Let’s know How How Kaagaz Scanner Crossed Million Downloads After Baning Chinese Apps In India

In India CamScanner is one of the most-used apps for scanning documents and images, many people can scan any of their documents from their Android and can upload or send it to anyone, and also it has a lot of functionality. Where you can also edit the scanned image very well, but after being banned in India, an app similar to CamScanner downloads crossed millions within a few days.

Gaurav Shrishrimal who is co-founder of Ordenado Labs the Kagaz Scanner has been created by his team. of Gaurav says that after the Chinese app was banned in India, Made in India app can be very popular but when he publish their app in the play store in just a few days after the downloads is reached one million. It is the overnight success for Gaurav Shrishrimal.

Gaurav said that after being published for 10 consecutive nights and days, we were trying to convert the feedback to feed-forward. After downloads reached one million, thousands of emails with feedback, appreciation, criticism, and so on. We have to make such an app that is very easy to use by users Gaurav says.

They worked together for 4 years at Home Services Startup Tapp Me, where Snehanshu and Gaurav was a co-founder at Tapp Me and Tamanjit was the CTO at Tapp Me. The idea of Sorted AI came inadvertently for Snehanshu when his wife and his parents got sick, they came to know that they do not know well about the importance related to health insurance and investment.

When was the time 2019, he thought can we automate and organize the important documents and file used by technology, then Gaurav and Samman did some discussions together and in July 2019, they made an app called Sorted AI with 1.5 lakh. initial investment. In which people can automate their important documents by keeping them automated through technology.

After that, the app was published in the play store, but people can’t use it because it is difficult to scan a lot of documents and upload them to Sorted AI. After the Government of India implemented Aatmanirbhar Bharat and Vocal For Local, people say that we will use the Indian apps, not foreign apps. At that time there was no good app in India to scan documents, then Sorted AI Co-Founders added the feature of document scanning in Sorted AI.

Gaurav says that after closing the Chinese app, why don’t we create an Indian app, which we should also name in the Indian word, then he launched an app called Kaagaz Scanner on the Play Store and after a few days the app reached millions of downloads.