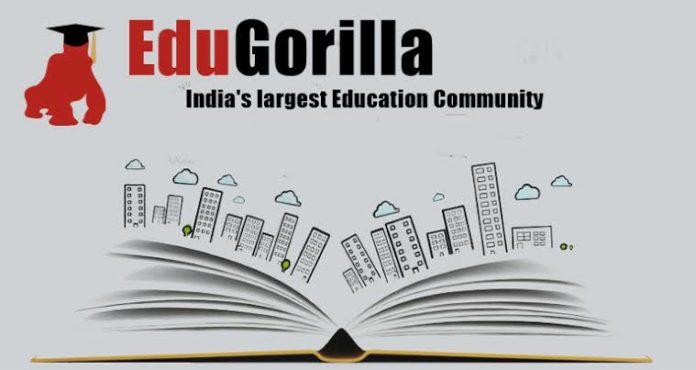 A few years ago, NITK Surathkkal graduate Rohit Manglik noticed that most of his schoolmates in his hometown, Farrukhabad, Uttar Pradesh were struggling to get the same kind of educational guidance that he had received from his alma mater. This gave him the idea to do something to help students achieve their career goals. After working for reputed companies like Oracle, JP Morgan and DE and trying his luck with two startup ventures, Rohit launched Edugorilla in December 2016 with his friend Shashwat Vikram.

The startup was launched to make it easier for students to prepare and guide the exam preparation. Edtech Startup provides multi-subject online mock tests for competitive exams to students at affordable prices.

The Lucknow startup, which started with just two employees, now has more than 155 employees, and has presence in five cities such as Delhi, Jaipur, Indore, Ahmedabad and Lucknow.

A report by Research and Markets estimates that the test preparation market in India is growing at a CAGR of 15.72 percent during the period 2018-2022.

Eduagorilla, which competes with the likes of Adda247, testbooks and exams, says other players in the market include mostly physical test book providers locally who often fail to provide internal content to the exam.

Rohit says that state governments usually issue notification for recruitment exams, about 45 days before that.

“The local test booklet publishers need around 25-30 days to analyse the demand for the mock tests, hire subject experts who are fluent in the regional language, and then initiate the printing and distribution process. This leaves a window of just 15 days for the retailers to obtain it and then sell it to the students. The journey of a test book – from the printing press of the publisher to the table of the student takes longer than anticipated,” he said

Rohit says that students get about 10 days to practice the test books of the latest edition, and most often, the test books lose their relevance. This is particularly the case for state level government examinations.

The startup has created a self-learning artificial intelligence algorithm that determines the operational profitability of various competitive exams. It analyzes two main variables – a dynamic variable that identifies the type of opening, the number of vacancies, and under which state governments and departments appear in a special examination.

The second variable explores trends in this regard such as Google search, ecommerce portal and its portal for content / publication. This assessment helps Edugorilla identify primary focus exams.

Subsequently, EduGorilla claims to automatically generate test preparation materials and mock tests for a particular exam in just 48 hours (which usually takes 25–30 days) through the workflow.

Its AI-powered software automatically converts test content into a book format that can be purchased through e-commerce platforms such as Amazon and Flipkart.

The startup operates on a subscription-based model with monthly or annual offerings in the price bracket of Rs 99 or Rs 699 in the B2C space.

According to Career needs

“The focus of EduGorilla since its early days has been to be the one-stop solution to the career needs of students. Offline counselling cafés, directory listing of schools and coaching centres, and mock tests were among our offerings. Over the years, we have pivoted the focus to offer online test series and practice tests for state-level and less conventional competitive entrance examinations,” as Rohit said.

Today, the startup has 59,000 listed coaching centers and over 8,40,000 listed schools, including Pariksha Ada, Centurion Academy and Career Capital.

The current COVID-19 crisis has increased the importance of digital education, which has been used by students to learn and practice the exam that is being conducted.

EduGorilla took advantage of the epidemic-driven digital revolution and saw a 100 percent increase in sales, and an average increase in daily active users from 40,000 to 60,000 during the epidemic.

Rohit explains, “We are also looking to solve the doubts of the students as well as to give them audio-visual solutions and make learning more mobile and interactive. In the coming years, Edugorilla will bring its umbrella and leverage linked videos Will combine the courses through integration with Alexa, Siri and Google Home. “

Learn Lessons From Elon Musk on Startups and Business

5 Hospitality, Food and Commercial Business Start-ups That Ate Poised to Rescue The Hospitality Industry Through 2021 & Beyond

Key Features of E-scooter by IIT Delhi: How We Can Use E-scooter at Just 20 Paise/Km

Vishal - Modified date: May 4, 2021 0
The trend of 3D printing is growing very fast all over the world. Through 3D printing, we can make anything with very...

4 Best Type of Watches For Travelers In 2021

How to Pre Register For Apex Legends Mobile on Playstore –...