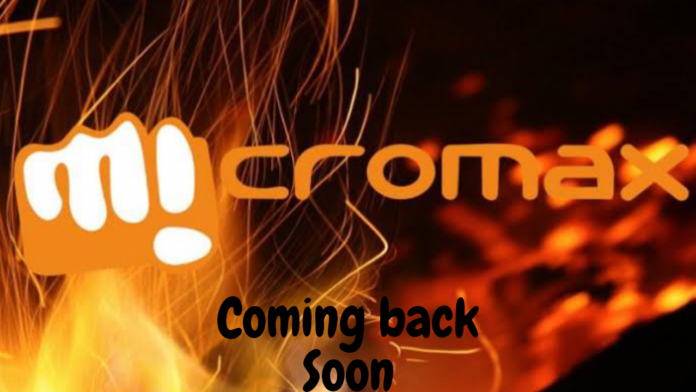 Micromax co-founder Rahul Sharma announced the company’s return to the smartphone market in a short video on Twitter.

Micromax Informatics, once India’s largest smartphone maker in terms of market share, is once again struggling to take the lead with recent government measures to boost demand and curtail cheaper imports from China.

In 2014, when Micromax surpassed South Korean consumer electronics giant Samsung in total domestic smartphone shipments, Micromax made history. But it has been steadily losing market share since then, as new brands, especially from China, have taken center stage with competitive prices and advanced features.

“Because they were really price competitive, everyone was looking at Chinese phones,” co-founder Rahul Sharma said in an interview.

However, a new Manufacturing Incentive In India (PLI) system, Sharma said, will tip the scales back in favor of domestic manufacturers, especially Micromax, whose brand is still well known. “Because they were really price competitive, everyone was looking at Chinese phones,” co-founder Rahul Sharma said in an interview.

However, a new Manufacturing Incentive In India (PLI) system, Sharma said, will tip the scales back in favor of domestic manufacturers, especially Micromax, whose brand is still well known. Sharma added: “I think this is the perfect cushion for all Indian companies to help us fight these guys.”

However, after the government called for the creation of Atmanirbhar Bharat (independent India), the company decided to return with its In line of smartphones. Details of the first In-branded Micromax smartphone are currently unknown. Sharma also did not give an estimated date for the launch of the smartphone in India.

Micromax all set for comeback

Under the PLI program, the government will offer 4-6 percent incentives to qualified electronics companies for additional sales of manufactured products, including cell phones and electronic components such as printed circuit boards and sensors, over five years. The base year is 2019-20, and the benefits are valid from August 1.

In October, along with 15 other firms, including Rising Star, Wistron and Pegatron, the government approved Bhagwati Devices, a Micromax phone maker, under the PLI system.

With the exception of Samsung, all other foreign companies are manufacturers under contract with Apple Inc. At the same time, Samsung and Apple account for nearly 60% of the world’s cell phone revenue. Sharma says the Indian market needs an Indian brand to counter Chinese smartphone makers who, thanks to the Chinese government’s cross-subsidization assistance for decades, have enjoyed an unfair advantage that makes them nearly impossible.

Micromax will soon introduce a new brand called “In”. According to Sharma, the company has been working on the latest set of products for 8-9 months. According to Sharma, Micromax can no longer produce low-cost smartphones, unlike in the past. “We can only release items that are performance oriented.

Finally, wired devices will be connected to smartphones via ACs Micromax and other products.

Doubtnut Which is an Ed-tech Startup Raises 224 Crores in Series...

Vishal - Modified date: February 25, 2021 0
Doubtnut is an Ed-tech Startup which was started in 2016. It is designed to solve the problems of students. If any student...

How Two Friends Start a Milk Revolution in Non-Metro Towns with...

You have successfully subscribed to the newsletter

There was an error while trying to send your request. Please try again.