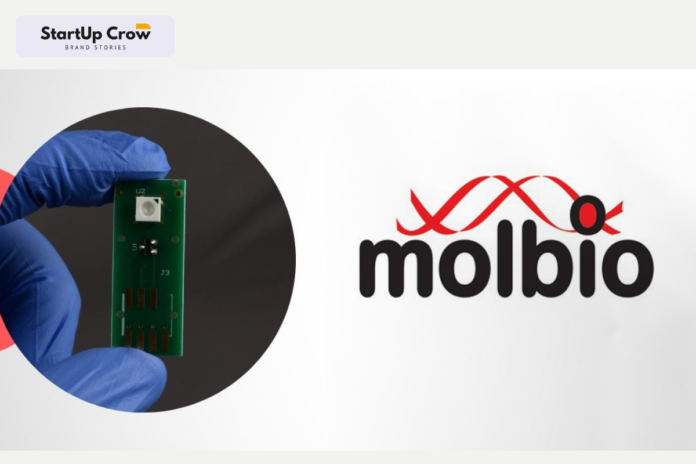 Healthcare diagnostics firm Molbio announced on Monday an $85 million round led by Temasek. The Goa based firms has now received its first tranche from the Singapore-based investors via V Sciences Investment at a unicorn valuations.

Molbio board of directors passed a special resolutions to issue 7,340 equity share to V Sciences Investment an investment arm of Temasek at an issue price of Rs 54,495.91 per share to raise Rs 40 crore or 4.9 million of dollar. The rest of the money is likely to arrive soon.

The company valuation rose eightfold to 1.53 billion or Rs 12,292 crore postage money from $182.7 million in its last fundraising. It has become the second unicorns of September after Tata 1mg. The online pharmacy entered the $1 billion valuations club in an internal funding round.

Molbio states that Truenat’s real-time PCR has been implemented in more than 5,000 testing centers in more than 40 countries around the world. Currently, the promoters of the company own 86.11% of the stake, while institutional investors control only 13.89% of the capital before its unicorn round.

Molbio’s operating revenue soared to Rs 1,272 crore compared to Rs 51.53 crore in FY20, according to its annual financial statement with the Registrar of Companies RoC. The company has yet to reveal its FY22 numbers. Importantly, it posted a profit of Rs 472.7 crore in FY21 against a loss of Rs 16.27 crore in FY20.

Molbio aim to become a $1 billion revenue company in the next 3-5 years by selling surveillance platforms for various diseases globally.

As of now, the Indian startups ecosystem has seen 108 unicorns. Of these, 43 startups achieved the feat last year, while 23 startups managed to break the $1 billion valuation mark in 2022 so far.