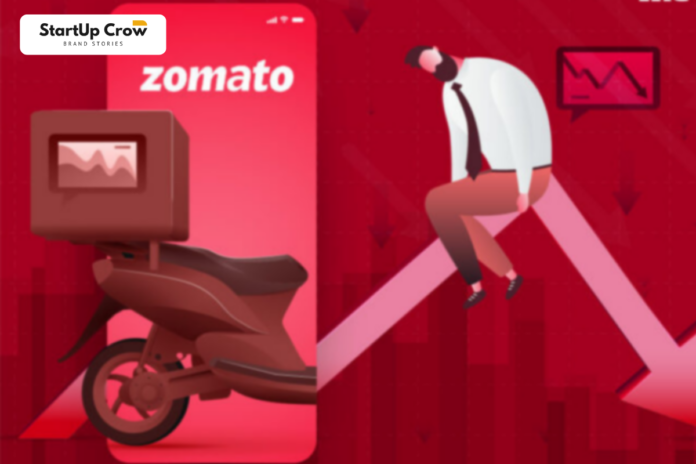 New age tech stock were hammered for the second day in a row on Dalal Street on Tuesday July 26. Shares of big food tech company Zomato fell more than 12% to close at a record low of INR 41.65 on BSE.

The share opened lower at INR 47.15 and then tumbled to a record low of INR 41.25. From an all time high of INR 169.10 in November last year, Zomato shares have witnessed a reversal of fortune that has cumulatively wiped out more than 75% of investor wealth in the past seven month.

In the last three month, Zomato share are down more than 47%.

The intense liquidation was attributed to the expiration of the mandatory one year lock up period for share of Zomato promoter, company employees, founders and other. Zomato had been listed on the stock exchange in July last year. Additionally, the loss making merger with Blinkit has added to investor concerns.

The trend was also seen in the shares of other major new age startup. Shares in One97 Communications, the parent company of fintech major Paytm, fell 7.69% on the BSE to INR 699.45. This was the biggest drop witnessed by the Noida based company in close to nine week.

While the stock was more or less flat at the market open, it saw a sharp sell off in the last three hour of the session. Share of Paytm have undergone a massive turnaround since its annual result were declared on May 21. The fintech player shares are trading 21% higher since then.

Logistics giant Delhivery also tumbled nearly 6% to INR 621.15. Unicorn share had spiked to an all time high of INR 708.45 last week, but have been falling ever since.

Market continue to be in the red due to fears of a rate hike by the Federal Reserve. Investor are also wary of the high rate of inflation.