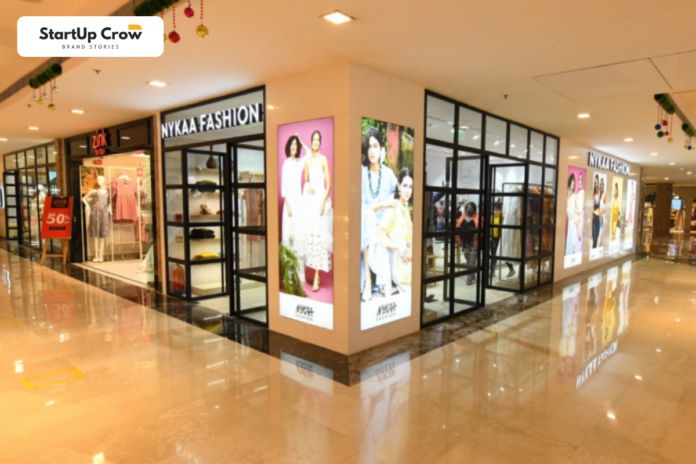 In intraday trading, shares rose as much as 5% to INR 1469.9, their highest level since June 27. On Wednesday, Nykaa announced its foray into the men’s underwear and sportswear category. The beauty e-commerce platform had reported a 58% YoY decline in its after-tax consolidated profit to INR 7.6 Cr in FY22

Shares of FSN E Commerce Ventures, the parent company of beauty e-commerce platform Nykaa, closed up 4% higher at INR 1,453.9 on the BSE on Thursday July 7, a day after the platform beauty e commerce company to announce its foray into the men’s underwear and athletics category.

In intraday trading, shares of FSN E Commerce rose as much as 5% to INR 1469.9, their highest level since June 27, before giving back some of the gains.

Nykaa, founded by Falguni Nayar in 2012, has become the e-commerce platform for fashion and beauty products. It competes with companies like Amazon, Flipkart, Myntra and Purplle. As of March 31, 2021, Nykaa Fashion was home to 1,350 brands and over 1.8 million SKUs across women’s, men’s, children’s, luxury and home categories.

The startup reported a 58% YoY decline in its consolidated profit after tax PAT at INR 7.6 Cr in FY22.

Nykaa shares are down more than 27% as of July 7 from their listing price.

According to a recent report by Research and Markets, the Indian beauty and personal care market is estimated to reach $33.33 billion by 2027, growing at a compound annual growth rate (CAGR) of 6.32%. In 2022, the market was valued at $24.53 billion.