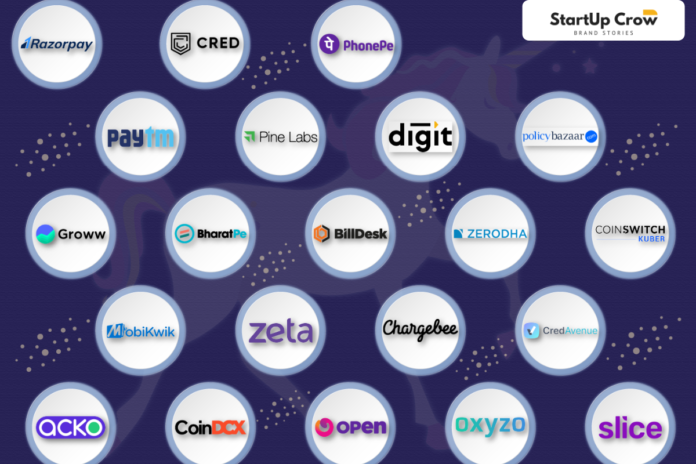 The country has minted 102 unicorn so far, with neobanking startup Open bringing the total count of fintech unicorns to 21. India Total Fintech Opportunity Will Rise To $1.3 Tn By 2025, State Of Indian Fintech Report, Q2 2022. Here is a complete list of all the fintech unicorns in the country.

The term unicorn has become synonymous with success in the startup ecosystem around the world, and its not just limited to India.

For fintech, however, the latest unicorn came in May 2022, when neobanking startup Open became India 100th unicorn and the first neobank to achieve status. That brought the total count of fintech unicorns to 21, second only to 24 e-commerce unicorns.

It took India’s fintech startup ecosystem three more years to produce the next unicorns, with PolicyBazaar, PhonePe and Billdesk becoming unicorns in 2018. The next few years saw the floodgates open, with 2021 alone seeing 11 fintech unicorns.

State Of Indian Fintech report, Q2 2022, India fintech ecosystem has 31 soonicorns, while also becoming a $1.3 trillion market opportunity by 2025. All the ingredients are in place for fintech bake the next batch of unicorns.

What Do The Fintech Unicorns Do?

In terms of unicorns produced, payments is the largest subsector, with Paytm, PhonePe, and BharatPe, among others, being payment-focused fintech unicorns.

Insurtech is emerging as one of the most promising subsectors within fintech, having produced three unicorns in the form of Acko, Digit Insurance, and PolicyBazaar. The subsector is set to become a $339 billion market opportunity by 2025, growing at a CAGR of 57% during 2021-2025.

What Makes A Top Fintech Unicorn

In terms of valuations alone, Razorpay tops the list, worth $7.5 billion. The payment gateway unicorn is followed by companies like CRED, which recently raised $140 Mn, bringing its valuation to $6.4 Bn. PhonePe, Pine Labs and Paytm (on the list) complete the list of five fintech unicorns valued at more than 5,000 million dollars.

India’s unicorns have been frequently criticized for being overpriced and not profitable or having a path to profitability. After all, startups are businesses, and profitability should be one of the most important metrics when measuring startup success.

When it comes to profitability, only a third of India’s 21 fintech unicorns are in the black.

Founded in 2016 by Varun Dua and Ruchi Deepak, Acko offers auto insurance and covers workers through partnerships with companies including Zomato and Swiggy. It has branched out into several other insurance offerings, including health insurance.

The insurtech startup became the second unicorn in its subsector after now-listed PolicyBazaar did the same in 2018. Acko entered the coveted unicorn club in 2021, along with 43 others, after raising $255. million in a Series D financing round.

The Mumbai-based unicorn has raised around $428Mn to date, with its latest funding round coming last year. Acko counts Amazon, Accel Partners, Catamaran Ventures, Elevation Capital, RPS Ventures, and Binny Bansal, among others, as its investors. In FY21, it reported losses of INR 832.91 Cr.

However, since the beginning of 2022, BharatPe has been at the center of various controversies. Starting with co-founder Ashneer Grover’s audio clip in January, the Sequoia-backed unicorn has been through rough waters in recent months, resulting in Grover and his wife being kicked out of the startup, along with many other key executives who have left the company, including the founding member. Satyam Nathani.

Founded in 2000 by MN Srinivasu, Ajay Kaushal, and Karthik Ganapathy, payment gateway startup BillDesk took nearly two decades to achieve unicorn status, joining the unicorn club in 2018 after a funding round. BillDesk is also counted among the profitable fintech unicorns in India, with recorded profits of INR 245.55 Cr in FY21.

The startup offers payment gateway solutions, competing with Razorpay, Citrus Pay and others. In 2021, Prosus, the global internet group that runs payment solutions provider PayU, acquired BillDesk for $4.7 billion, in the largest acquisition deal in the Indian fintech space at the time.

Recently, the Competition Commission of India (CCI) requested more details about the deal, which PayU India produced in April 2022. The deal awaits approval from the watchdog.

The fintech SaaS startup boasts a customer base of more than 4,000 subscription-based businesses. Its client base includes access management companies such as Okta, Freshworks, Calendly, and Study.com, among others. In FY21, it made a profit of INR 11.5 Cr, joining the ranks of India’s fintech unicorns.

The Chennai-based startup became a unicorn after raising $125 million in 2021. Chargebee raised another $250 million in February 2022, tripling its valuation to $3.5 billion. The startup is backed by prominent investors including Accel, Insight Partners, Tiger Global Management, Sapphire Ventures, Steadview Capital and Sequoia Capital.

Founded in 2018 by Sumit Gupta and Neeraj Khandelwal, CoinDCX is a cryptocurrency exchange startup that allows users to buy and sell cryptocurrencies on its app and website.