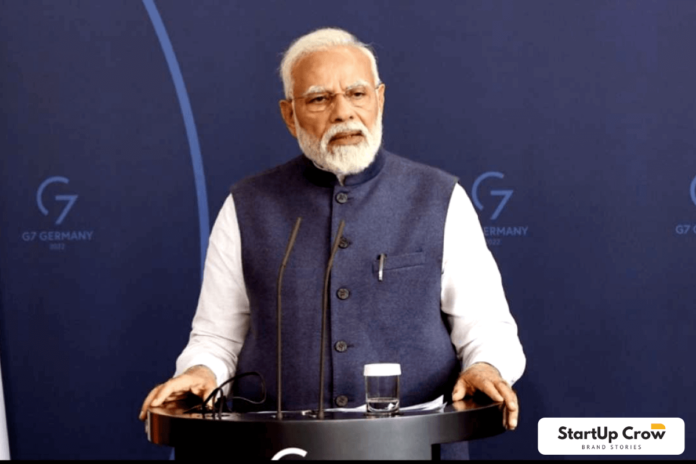 Addressing the meeting, the Prime Minister said that India’s startup revolution will become a major hallmark of Azadi ka Amrit Kaal. Today, the country has a proactive startup policy and adequate startup leadership, he said.

Modi said that Startups in India are becoming a powerful vehicle to fulfill the dreams of ordinary Indian youth. In the year 2014, there were only 300-400 startups in India, while today this number has reached 70 thousand. India has the third largest startup ecosystem in the world Startup Policy.

The Prime Minister said that the reason for the success of our startups is to create a new ecosystem in the country by creating infrastructure, simplifying government processes and changing the mindset of people.

Hackathons have become a strong foundation for startups. Our schools are functioning as an incubator for startups. Atal tinkering labs in schools and more than 700 incubation centers have also played a vital role in establishing new businesses in the country, he added.

MP Chief Minister Shivraj Singh Chouhan said that along with Indore and Bhopal, other cities would also become start-up hubs in the state. I reported that Rs 700 crore funding has reached Indore in the start-up sector which is already a leader in cleaning Startup Policy.

Mr. Chouhan said that the stamp duty concession decision is also being made in politics. Other suggestions received from the youth will also be implemented. The AIR correspondent reports, In MP’s new startup policy, particular attention has been paid to the development of the startup ecosystem.

To meet this goal, a number of provisions have been included, such as investment assistance, program planning, lease rental, extension, and patents for start-ups and incubators.

The new policy will provide an additional 20 percent support for female-led start-ups and to create enthusiasm for innovation and start-ups among high school and college students through special programs.

Along with various kinds of discounts for startups, a special incentive assistance of Rs 1 crore will also be given to selected startups and innovators.