Home Exclusive From A Graduation Side String To Yielding 3.5 Crore: The Journey Of... 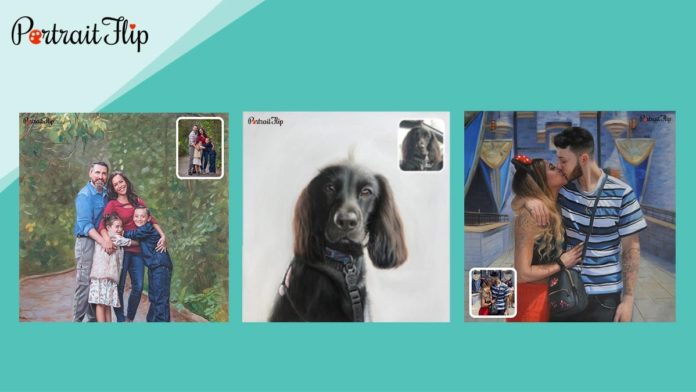 PortraitFlip, a brainchild of three students of Vellore Institute of Technology, has gone from being a youth-hostel idea to becoming a startup worth a million rupees. Since its inception in 2017, this Pune-based startup has been painting big pictures for itself and people by promoting ace artists to the world.

With the idea of exposing the hidden ninjas of the art-world, and delivering handmade portraits on demand, PortraitFlip is slowly taking pace by expanding its team to more than 100 creatives including marketing specialists to run the entire operation yielding more than 3 .5 cr.

“India has a gem of artists, and our idea is to expose their artistry to the world. They form the backbone of our business,” says co-founder Sunny Choudhary. “We, at PortraitFlip, have the aim of creating and promoting approximately 500 independent artists by the end of 2022.”

Square One: The Origin

The story of PortraitFlip goes back to the September of ‘17 in a dorm-room of Vellore Institute of Technology, Chennai. A mechanical engineering student, Lavdeep Chahal (26), was trying to dig the internet for a service to deliver a handmade portrait from a photo for his beloved.

“Every service we got on the Internet was plain daylight robbery,” remembers Choudhary.

This maudlin tale inspired Chahal to hitch his friend Sunny Choudhary (24) into believing that to be a picture-perfect start-up idea. They gradually roped in another friend, Shubhanshu Maheshwari (25) who was given the responsibility of developing the website.

PortraitFlip started as an offshoot for the three musketeers to suffice their whims and fancies while they were still graduating. With this note, the trio pulled in the capital of Rs. 20,000 from their pocket money and embarked.

The prime idea of PortraitFlip was to work as a bridge between people who needed handmade custom portraits and suitable artists who could deliver the same with excellence. By the end of October, PortraitFlip was already on talking terms with a few artists, shipping companies like DHL and FedEx had given their quotes, the website was on air and the trio was to get into the picture. But like every story, this one had its climax too.

“November arrived and we were yet to receive a real order,” Choudhary recalls.

Money had its ways of working as the ruling factor, and they realized that they had missed out on the key element of marketing the product due to insufficient funds.

Choudhary researched all the probable elements of marketing and came up with the idea of Google Ads that could bring faster results. They gathered another Rs. 50,000 as the initial fund for Google Ads from their friends in exchange for a promise to return with interest.

Google Ads gave them the first order in four months and with that opened the path that led to Rome.

Six months into serving 100s of customers across the globe, it was now time to bid adieu to their college. Graduation was done, and the idea of PortraitFlip’s existence was put into question.  Marketing execution had shown surprising results and it was a clear picture – they wanted this! Ever since there has been no looking back.

The company was finally registered in July 2018 as PortraitFlip E-Commerce Pvt. Ltd. becoming the ultimate paradise for handmade custom portraits.

PortraitFlip is two-and-half years old today with an annual turnover of more than 3.5 cr, flipping and delivering Pet Portraits, Couple Portraits, Family Portraits, and various others across the globe. With a Trustpilot rating of 4.7+ out of 5, it has tied up with two studios of more than 100 artists and 30 independent artists.
The startup now is slowly moving towards expanding its in-office team which currently includes three full-time content writers, two full-time graphic designers, and two full-time chat support executives.

How Does It Work?

The customer has to upload their chosen image on their website and proceed further by selecting their desired Size, Medium, and Finishing Option of the painting. PortraitFlip offers a variety of mediums to choose from including Oil, Acrylic, Watercolor, Pencil, Color Pencil, and Charcoal.

PortraitFlip also offers services to revive old photographs and flip them into portraits.

70% of the revenue of PortraitFlip comes from Pet Portraits and with this thought, it is ready to develop a new niche. The process has already started with its sister website, dogisworld.com, with an interest in expanding the horizon towards the pet industry.

“PortraitFlip is stealing the thunder of many US-Based companies who are in the same business because of its quality and 100% customer satisfaction guarantee”, says Choudhary.

The startup is also holding an intention to raise funds by the end of the next financial year. Besides that, it plans to host and promote more than 500 Indian artists by the end of 2022 and perform the responsible duty of generating the economy by employing potential youth. 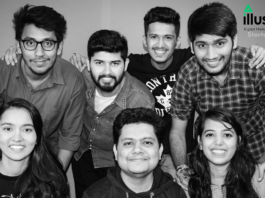 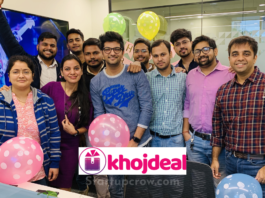 How a deal discovery platform – Khojdeal – is helping online... 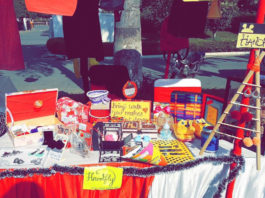