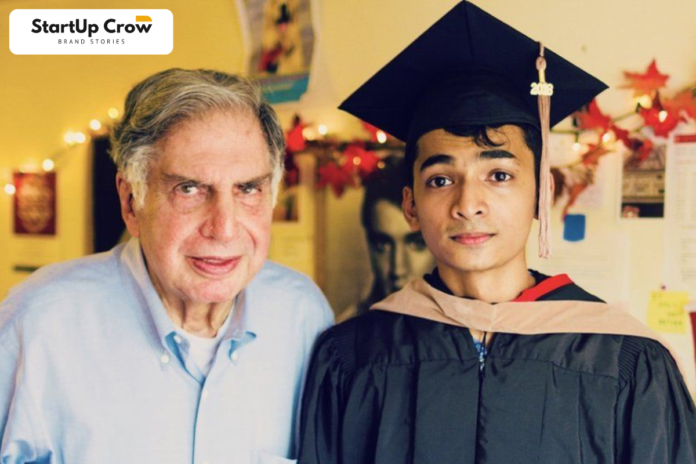 Shantanu Naidu, who manages Ratan Tata office & startups investment portfolio as general managers, Work is something we do, not who we are’ is something I heard once & I really believe in it.

Deshpande in his LinkedIn post had said that he would prioritize working for ’18 hours a day for at least 4 to 5 years. His advice to freshmen drew a lot of criticism on social media with many questioning “how much is enough. However, he later clarified that the statement was not to be taken literally.

His post also came at a time when the world is talking about the concepts of quitting quietly. The trend simply speaks of doing the minimum that is expected at work. However, that doesn’t mean avoiding works, it has more to do with avoiding a meaningful life outside of work. Several studies have shown that the method helps to significantly increase productivity.

Sharing her opinion on LinkedIn, Shantanu Naidu said: I think the problems with this 18-hour workday or toxic hustle culture is that it lowers a person’s value just because of their achievements and productivity. I think as human beings , we are worth much more than that.

Naidu also added that people who still want to do the work and want to do the 18 hour workdays and not sleep are free to do so because they believe that’s the way to do it.

However, he further added that, But preaching that to impressionable young minds is not a great idea because that’s not what makes us individuals and human being.

I think in the end it’s more relationships and love and what we leave behind for other people that really makes us human beings, and not being valued for the amount of work I did today, he said in a 1 video. .05 minutes.

Ratan Tata also recently announced an investment in the startup Goodfellows, founded by Shantanu Naidu. The investment has not been disclosed. The startup offers companionship to older people as a service. At the launch of Goodfellow, Ratan Tata said, “You don’t know what it’s like to be alone until you spend time just wishing for company.

Meanwhile, in a post shared by ‘Humans of Bombay’ on LinkedIn page, Shantanu Naidu also shared how his handwritten letter from him gave her the opportunity to work for industrialist Ratan Tata.

In 2014, Shantanu joined the Tata group after completing her graduation. When he was coming home from work, he saw the carcass of a dog lying on the road. This unfortunate incident led him to make stray dog ​​collars that have reflectors, so drivers can see stray animals from a distance while driving at night. His work for stray dogs was covered in the Tata Group of Companies newsletter.

At that time, my dad asked me to write a letter to Mr. Ratan Tata as he also loves dogs. I was hesitant at first, but then I said, ‘Why not? Shantanu said. Shantanu wrote a handwritten letter to Ratan Tata.

Two months later, he received a reply from Ratan Tata himself with an invitation for a meeting. A few days later, he met Ratan Tata at his office in Mumbai. Tata said I am deeply moved by the work you do!

I still get goosebumps when I think about it, says Shantanu. Tata took him to his house to meet his dogs. Later, Ratan Tata also helped him start his Moto Paws company. Moto Paws makes reflective collars for stray dogs that make them easily visible.

After that, Shantanu went to his teachers and promised to join the Tata Group once he completed his studies.

Once he returned to India, he received a call from Tata with a job offer to become his assistant. I didn’t know how to react. So I took a deep breath and a few seconds later I was like, Yes! says Shantanu.