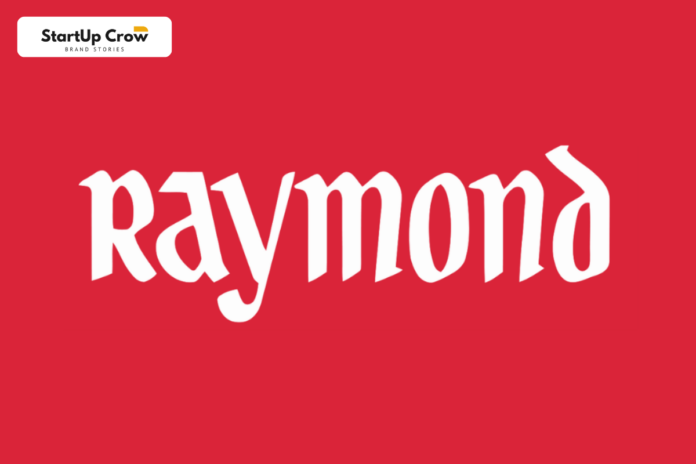 Raymond Success Story – India, as a diverse land, has many colorful trend when it comes to textile & clothing. Of course, the collapse of all the hype at the dawn of the 20th century brought a more no nonsense environment & a more solid view of the fashion industry.

As far as we know, the Indian textile industry contributes significantly to the country economy. The industry is providing one of the most fundamentals need of the community & it matters preserve continuous developments to raise the quality of life. It has established itself as a self sufficient industry that adds value at every stage of the supply chain, from the productions of raw material to the delivery of finished product.

Raymond Groups is an Indian fashion & textile industry based in Mumbai, India. Raymond was founded in 1925 by Albert Raymond. The group manufactures fabrics for suits & has a capacity of 31 million meters for wool & wool blend fabric.

Incorporated in 1925, the Raymond Group is a diversified organizations with the majority of its business activities in the textile and apparel industries. It also operates in a numbers of others industries, including FMCG, Real Estate, Engineering & Prophylactic, in both domestic & foreign market.

Supported by more than one billion customer, Raymond is recognized for providing its customer with world class product for the past nine decades. (Raymond Success Story)

The company owns clothing brand such as Raymond, Raymond Premium Apparel, Raymond Made to Measure, Ethnix, Park Avenue, Park Avenue Woman, ColorPlus, Kamasutra, & Parx. All brand are sold through The Raymond Shop TRS, which has a networks of over 700 retail outlet in India & abroad in over 200 cities. The brands also has a presence in Tier IV and Tier V cities.

Wool, cotton, wool blends, linen and denim textiles are just a few of the luxurious shirting & suit fabrics Raymond has to offers.

After entering the clothing, textiles, and sexual wellness segments, in 1949, Raymond Ltd. made a foray into the engineering industry. With a market share of over 25% of global steel file production capacity in 2020 and a presence in over 55 countries, JK Files and Engineering Ltd. ranks first as the industry leader. (Raymond Success Story)

It was in 2019 that Raymond entry into the real estate industry was announced as Raymond Realty with the theme Go Beyond. The new business would invest Rs 250 crore about $36 millios to create mid range and luxury housing units on 20 acres of land in Thane, a growing suburb of Mumbai.

Born into an industrial family, whose parent are Vijaypat Singhania & Ashabai Singhania, Gautam Vijaypat Singhania is the Chairman & CEO of the Raymond Groups. He attended Cathedral & John Connon schools, as well as St. Mary School in Mumbai. In 1986, Gautam Singhania joined the JK Groups of companies owned by the Singhania family. He later joined the Raymond Groups, where he rose through the rank to become President in September 2000 & Managing Director in July 1999.

The history of the world largest suiting fabric producer, Raymond, dates back to 1925. An old man named Wadia had the foresight to set up a modest wool mill in the backward region of Thane, Maharashtra, fueled by the growing need for clothing. for men. soldiers of the Indian Defense Forces. However, Wadia was unable to manage the wool mill and E.D Sassoon and Co. took over. It was they who changed the name of the company to ‘The Raymond Woolen Mills. (Raymond Success Story)

After a few year, in 1944, Raymond was taken over by Lala Kailashpat Singhania when he saw the brand’s potential for the near futures. His family, the Singhanias, moved to Farrukhabad from the small village of Singhana in Shekhawati, one of the desert towns of northeast Rajasthan, in search of better opportunities. They had their own company called JK Cotton Spinning & Weaving mills Co., in which they produced high quality cotton clothing using only Indian raw materials, labor and other methods to compete against England.

Raymond business includes a numbers of business model because he deal in various types of businesses, including real estate & aviation. However, he has a B2B business models as he manufactures one of the best pure cotton & linen fabric.

It is commendable that in India, the wool suiting industry is dominated by Raymond, one of the largest vertically & horizontally merged producer of worsted suiting fabrics in the world, with a market share of over 60%. This business has manufacturing plant in Vapi Gujarat, Chhindwara Madhya Pradesh & Jalgaon Maharashtra with a manufacturing capacity of 38 million meter. (Raymond Success Story)

Raymond is also engaged in the manufacture of shirting fabric which are highly regarded & the finest in India. At its advanced manufacturing facility in Kolhapur, Maharashtra, the operation has a capacity of 26 million meter & manufactures lower weight textiles & high end cotton & linen shirt for well known national & international brand.

Raymond opened his first retail showroom in Mumbai at King Corner in 1958. Since 1958, the brand has aggressively expanded with its various collection. Its retail presence makes up for the brand success. With more than 2 million square feet of retail space spread across more than 1,100 location in more than 380 cities and towns, Raymond now has an unstoppable retail presence and is constantly expanding.

Time and time again, Raymond has delivered the best and most moving campaigns throughout his 90+ year career. With his motto, The Complete Man, Raymond has always shown the character of a cultured man, a perfect father, an honest friend and an obedient son, which brings out the true emotion that a man can have in him. While the list of campaigns run by Raymond is long, the most recent is Raymond Look Good Feel Good campaign.