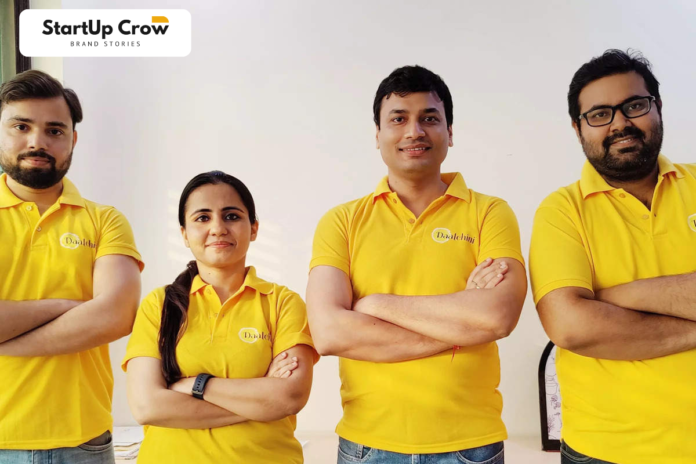 Founded by former Paytm employees Prerna Kalra and Vidya Bhushan in 2017, Daalchini is an IoT enabled phygital physical + digital vending machine provider serving over 100 startups, co working spaces, large multinationals, hospitals, educational institutes and residential complexes. It is present in more than 20 cities in India and has more than 200 franchise partner & more than 160 brands selling on its platform.

Now, after its recent funding round, Daalchini will focus on expanding its presence in the industry and improving its technological capabilities. Their goal is to be present in 10 million retail outlets in India and more than 450 F&B D2C brand.

Daalchini aims to record Rs 50 crore in revenue with a gross merchandise value of Rs 130 crore in 12 months. It is planning to grow from more than 850 to more than 5,000 smart, autonomous retail outlets in the next 12 to 18 months.

The tech retail segment in India is undergoing a massive transition from its traditional physical store form to a digital one, the speed of which has been intensified by the pandemic. In this phase, Daalchini represents the best of both worlds with a ubiquitous physical presence supported by a strong technology framework that puts the needs and convenience of its clients first, said Ruchi Pincha, Investment Associate, Unicorn India Ventures.

Daalchini aims to establish its footprints in every 200 meters of living area with its autonomous smart stores and vending machines. Today, our country has just a few thousand vending machines, while the US or Japan have more than one autonomous store for every 200 inhabitants. We are far from the true potential of this type of retail,” said Kalra, who is also CEO of Daalchini Technologies.

According to the Kearney India Retail Index, the retails industry, dominated by the food and grocery sector, will grow at a rate of 9% from $779 billion in 2019 to $1.4 trillion in 2026 and will reach $1.9 trillion in 2030 Despite the pandemic, according to research the industry has grown and will continue to grow thanks to value e commerce & unprecedented reach in Tier 2 and Tier 3 cities.