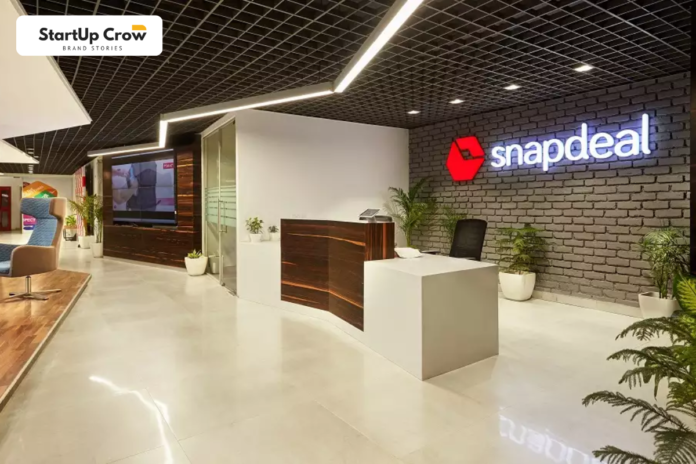 Snapdeal signed the onboarding agreement earlier this month and is in advanced stages of completing its integration into the platform. During the initial phases of launch, Snapdeal will serve more than 2,500 cities and towns across the country. Snapdeal will initially launch in three key categories Fashion, Home, and Beauty & Personal Care.

The Snapdeal e-commerce platform is set to make its debut on the Open Network for Digital Commerce ONDC at the end of next month.

Snapdeal signed the onboarding agreement earlier this month and is in advanced stages of completing its integration into the platform. The company is targeting a pan-India launch in mid August.

During the initial phases of launch, Snap deal will serve more than 2,500 cities and towns across the country & will add more locations as the ONDC expands its reach throughout the year.

The Snapdeal launch at ONDC will be supported by a network of sellers from the North Delhi NCR, Jaipur, Agra, Ludhiana, West Surat, Rajkot, Mumbai, South Tirupur, Chennai, Bengaluru and East Kolkata, Guwahati, among others, the e commerce platform said in a statement.

Snapdeal will launch on the highly touted ONDC platform in three key categories: Fashion, Home, and Beauty & Personal Care. Snap deal will also partner with several third party logistics providers to deliver items and may also look to explore the on network logistics options available on the platform.

The addition of Snapdeal to ONDC will accelerate our efforts to reach a broader audience of buyers and sellers and will also cover larger parts of the country. We also look forward to working closely with them to build an online ecosystem that truly meets needs of the country, said ONDC CEO T Koshy.

The move is part of Snapdeal’s bid to bolster its user base and strengthen its position in smaller cities and towns. The leading e-commerce site draws more than 86% of its orders from non-metropolitan cities.

Snapdeal joins a list of big names that have announced plans to list on the ONDC, such as a host of Flipkart subsidiaries, Dunzo, Paytm, Meesho, and more.

ONDC is in talks with about 200 companies to join the network, as it seeks to improve visibility and access for vendors.

Backed by the Government of India, ONDC is an open protocol based digital trading platform that enables buyers and sellers from multiple segment to list on the platform and transact with clients.

The project has drawn attention and is touted as one of the Center’s most important projects in recent years.