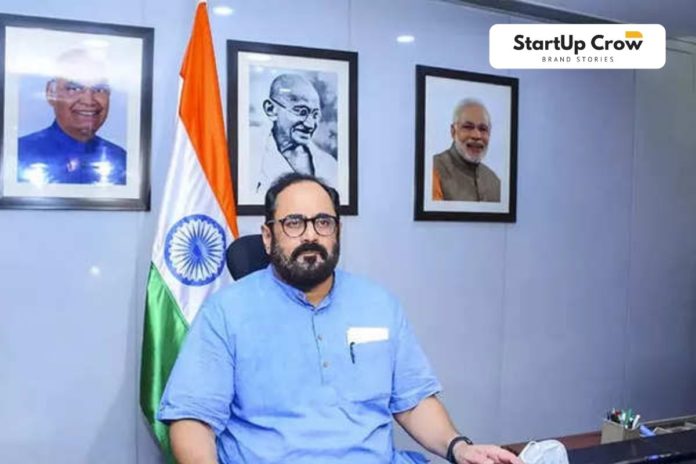 Rajeev Chandrasekhar, Union Minister of State for Skill Development, Entrepreneure, Electronics and Information Technology, has said that the next wave of startups will emerge from Tier 2 & Tier 3 cities.

While interacting with the media in Ahmedabad on his three-day visit to Gujarat, Chandrasekhar said that people used to believe that the United State or Western Europe were the main innovator. But according to him, India has proven to the rest of the world that it has the most unicorns, innovations, investments and businesses in the last three years.

Read Also : How tech startups are boosting the growth of small e-commerce businesses

The minister also highlighted the fact that more than 1 lakh new companies have been founded in the last three years, with 100 unicorns among them.

Bengaluru, Hyderabad, Gurugram, Pune, Mumbai, and Chennai are among the cities that have them and these cities are home to (95% of unicorns). So now, according to Chandrasekhar, the governments is putting all its effort into ensuring that the next wave of 2-3 lakh startups come from smaller areas. He noted that government investment will be in smaller towns.

On another occasion, Piyush Goyal, Minister of Trade and Industry, recently urged the National Startups Advisory Council nasc to focus on Tier 2 and Tier 3 cities for venture capital VC funding, capacity building and public awareness. of government programs that support start-ups in such places.

According to a statement from the Ministry of Commerce He Goyal urged council members to focus on Tier 2 and 3 cities where limited venture capital funding is available.

While addressing the Confederation of Indian Industries’ Global Unicorn Summit 2022, Goyal expressed similar thoughts in April this year, calling on Indian businessmen to incorporate and list their businesses in India rather than in offshore tax havens.

It’s probably a bit more difficult question. But once again, I urge you all to incorporate in India and register in India. If you have a problem or problem, please let us know. We will do our best to resolve them,” he added.

Chandrasekhar, while speaking to the media in Ahmedabad, said that India is preparing to launch a Digital India Startup Hub program and a Digital India Investment Fund to support startups.

“This year, big Indian companies were recruiting from Canada and Australia So in the coming days, the demand for qualified talent will be huge. In December I was sent to Dubai. Todays, the UAE wants both blue-collar and white collar employes from India he added.

Earlier, in an interview that took place ahead of the Semicon India 2022 conference in Bangalore, Chandrasekhar was asked how people from places outside of Tier 1 cities will become an important part of the tech talent pool in Indias.

In response, the minister said It is a priority task that the Prime Minister has given to our ministry, which is to make sure that these digital opportunities are equally available to a young person in Ghaziabad, Jharkhand, Srinagar, Kohima, Palakkad or Udupi as as much as the young people in Bangalore or Hyderabad.

The Union minister then explained that India’s startup ecosystem is gradually dispersing and refocusing on Tier II cities. According to him, there is a large network of Software Technology Park of India STPI and startups centers that are shifting their focus to Tier 2 and Tier 3 cities.

We are developing a plan to incentivize, promote and encourage big technology companies to create virtual developments in these smaller cities. With a combination of work from home and hybrid models, companies don’t have to set up huge hubs in these locations, he added.

According to Chandrasekhar, the government has approached big investment firms like Sequoia and has stated that we will takes it on the back of our startups network, which is now focused on Tier 2 & Tier 3 cities.