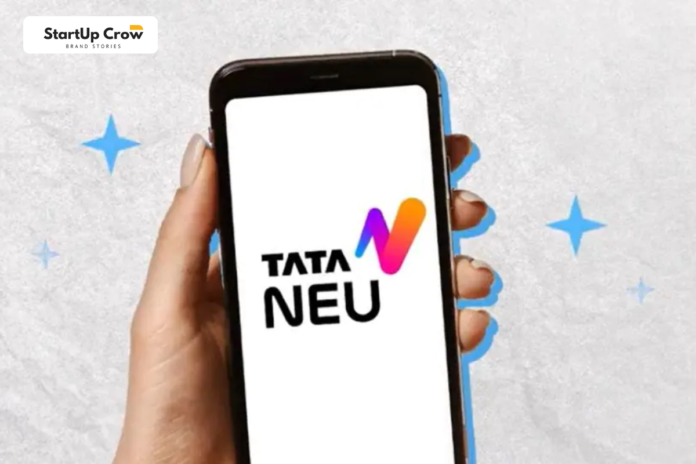 Tata Neu is open to having non-Tata brands on the platform, but only in domains where the Tata Group does not have a significant presence Tata Digital CEO. The CEO of Tata Digital said that the company is looking to scale the number of NeuPass members to 100-150 Mn in the next two to three years. Tata Neu is looking to incorporate the three airlines of the Tata Group, as well as the Indian Hotels Company

Tata Digital’s super app Tata Neu reportedly recorded more than 7 million downloads within seven weeks of its launch, senior company executives said in an internal magazine. Business Standard quoted Tata Digital CEO Pratik Pal as saying We are off to a good start with around 7 million downloads at the moment.

He further added that the company is looking to scale the number of NeuPass members to 100 to 150Mn in the next two to three years.

NeuPass is a loyalty membership program that allows users to earn Neu Coins when shopping on the platform.

Pal also said that Tata Neu is open to having non-Tata brands on the platform, but only in domains where the company does not have a significant presence.

Although we will continue to show our main brands, there are spaces in which we do not have a presence, such as mobility. We are working to bring other players from outside the group into these areas, Pal said.

The statement comes a few months after Tata Group Chief Executive N Chandrasekaran said the super app would include brands from other companies in Tata Neu.

In the magazine article, Pal also said that the product categories are well established on the Tata Neu platform, adding that the next big move on the platform would emerge from the hospitality and travel segment.

He also said that the super app is based on three pillars: travel and hospitality, entertainment and finance.

The report noted that the company is looking to incorporate all three Tata Group airlines, Air India, Vistara and AirAsia India, as well as the Indian Hotels Company IHCL into the super app. On the entertainment front, the conglomerate is targeting the space with its offerings under Tata PlayPal.

The finance segment continues to be a source of headache for the company. According to Pal, the finance related deals on the super app would take more than a year to come to fruition.

Tata Neu offers a host of services under one umbrella, including UPI payments, hotel or flight reservations, and grocery, electronics, and drug purchases, among other.

The app was unveiled on April 7 this year and has been a major focus for the conglomerate ever since.

Earlier this month, it was reported that the Group online retail platform Tata Cliq exited the consumer electronics business and will integrate with Tata Neu.

Tata Digital has an ambitious target of $2 billion $2.5 billion in sales in Tata Neu’s first year of operations. The super app competes with wealthy giants like Amazon, Flipkart, and Reliance Jio.