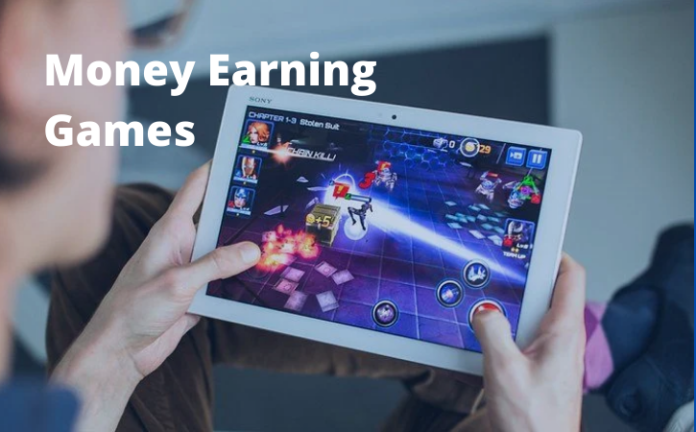 If we talk about the whole world, the gaming industry is bigger than the film industry. Millions of peoples play games on a daily basis, but if we talk, that money can be earned by just playing the game then what else can be better than this. There are many such games that give you cashback.

There are millions of apps in the Internet that claim that you will get money for playing games. But this is not the case, after playing many such games, money gets added to the wallet, But we cannot withdraw that money, You can buy points or something within the game.

Keep in mind that you cannot make a lot of money by playing game, it is the form of small cashback which you can turn on some money of the game for a while, like you can recharge your mobile, some bill payment can do just that.

In this article, I have told about some very good and popular games that gives you real cash and you can also withdraw it in your Paytm or bank account, so let’s know which game is that gives you cashback.

During the pandemic, the Ludo game was highly trended by crores of people playing this game. the Ludo game is developed by Paytm First Games, in which multiple players can play Ludo simultaneously. If you sign up for Ludo Paytm First Game for the first time, then you get a bonus of Rs 50 on your Paytm Wallet.

Paytm First Game is the company of Paytm, in which you will get a variety of games from which you can withdraw the real cash in Paytm wallet. It is a hundred percent legal app. You can download it from the google play store.

Rummy Circle is an online rummy platform in which you can play rummy. This platform has been created by Play Games24x7 Pvt. Ltd. in 2012. You can win money and various rewards by playing Rummy. It is 100% legal and you can play it on your mobile and PC or laptop.

When you signup for the first time, you get a reward point of up to Rs 2000, by which you can buy the game ticket and play the game and can win a real cash reward.

Zupee Gold is a Question and Answer platform where live tournaments run all the time, in which there are more than 500 different categories of questions that you get inside the tournament. In which the winner who gives the answer fast can earn real cash. You can also withdraw your earning into Paytm wallet.

It is very popular among people, so far more than 50lakh users have used it. In addition, there are 24/7 tournaments running in it. There are many tournaments on which Everybody Win means that everyone will earn something. You will learn and earn while playing this game too

You can also earn referrals by sharing it with your friends, apart from this, there are a lot of different offers running. So that you can pay your bills from the won points, Like Electricity, Cinema and Cab bills.

You will see more than 60 different games inside the MPL, of which the most famous games are Fruit Chop, Pool, Chess, and many more. Apart from this, there are many famous games that you can play on it. Tournaments run in every game for 24 hours, in which you participate and if you bring good rank, you will get rewards on which you can withdraw in your bank account and PayTM.

Carrom Clash, as the name itself suggests, is a carrom-playing game. In which two or more players are playing the game and the winner earns money. You have to put stickers to play games on it. Apart from this, you can easily withdraw money on your Paytm wallet, you can also share the game and can earn a referral income.

This is a legal game and is 100% safe. You can also play it with your friends. If you want to earn more money, then you can participate in the big game. Millions of people play this game and earn money. If you become expert in this, then you can earn good money every day.

Pocket Money is a simple app in which you have to complete many types of Tasks, along with a lot of offers, you can use it to pay your bills and earn cashback. In this, you can earn the most money by referring with your friends because it gives you up to ₹ 160 per refer.

Bulb Smash is a simple gaming app in which you have to play games of different levels, in this you get points by smashing the Bulbs, you can redeem the points in your wallet and withdraw them in your Paytm.

8 Ball Pool is also a very popular game. Millions of people play it, you can earn real Paytm cash instantly by sharing it with your friends, You get up to ₹ 15 for each referrals, to get more earnings, you need more refers.

Like Loco, it is also a quiz gaming show in which shows are made twice a day at certain times. You can win a good price by participating in live quiz show. If your general knowledge is good, then you can also earn very well. Millions of people play it in daily.

If you answer the wrong answer while playing, then you will be out from the live quiz. If you have life, then you can continue playing the game again. To increase your life, you will share this game with your friends and When your friends join your referral link, you will also earn extra life.

Which game is best for earning money?

Can I earn money by playing games?

Yes, you can earn real money by playing games. But keep in the mind it is not a full or part time job, It is just a fun. Lots of peoples spoil his time to earn more and more money from games.

An Overview about Reducing PDF Size Vs. Quality and Available Tools

Top 3 Benefits of Converting Your Word Document to PDF Online

Shubham - Modified date: April 22, 2021 0
Are you looking for hire a Virtual Assistant ? In this article we will discuss about how to hire a virtual...

How to register in IOCL as a Vendor | iocl e...