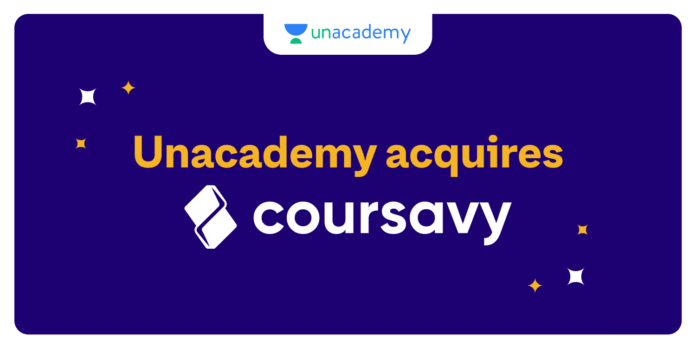 According to the report, Educational Firm Unacademy Acquired Coursavy a Platform For UPSC Test Preparation For India’s Civil Services Exams Startup on September 24th. So far, Unacademy has not disclosed this amount.

Unacademy raised a considerable amount of $150 million from Japan’s SoftBank a few months ago. It has also acquired small startups like Mastree an online tutoring firm in the K12 space, and PrepLadder a learning platform for the medical entrance exam.

According to the Unacademy, Coursavy started by Vimal Rathod in January 2019, he teaches students to study in discipline and he gave the right guidance to students to face roadblocks, It is a community Learning environment.

Coursavy takes regular live sessions to students and provides them Core Content Class, Doubt Resolution, Evaluation, and Feedback. It has top experts who teach more than 70,000 students through his youtube channel and their platform.

Unacademy’s core starting focus in UPSC preparation and the co-founder of the Unacademy, Roman Saini is himself an IAS officer. After investing by SoftBank, the market valuation of the Unacademy has more than $1.45 billion and It is the second-largest educational startups in India, according to the valuation.