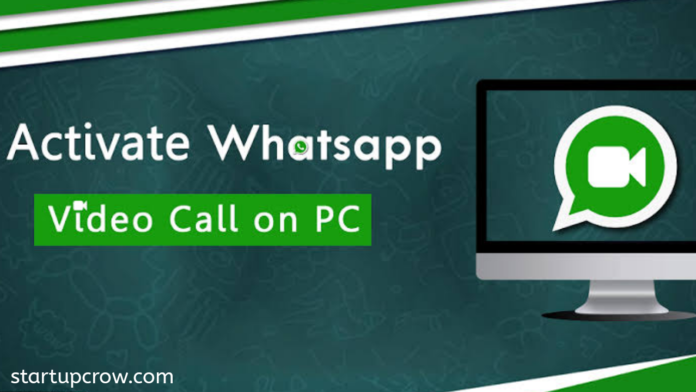 Voice, video, groups calls in Whatsapp web soon: How will it work on desktop?

One of the biggest complaints of desktop users of WhatsApp is the inability to make or receive voice calls, video calls.

Although mobile users of WhatsApp can create both, desktop users were hung in between.

But soon, this will change.

According to reports coming in, WhatsApp will soon launch a new feature, in which desktop users can easily make or receive voice calls and video calls.

How will this work?

Voice, video call for WhatsApp web users: how will it work?

According to people at WABetaInfo, desktop users of WhatsApp will be able to make and receive voice and video calls from the desktop itself.

According to the screenshot shared by WABetaInfo, a new window will pop up as soon as a call (voice or video) arrives.

The user can only accept or reject the call. If accepted, the call will begin in the same pop-up window, and then the window will close as soon as the call ends.

If a user wants to make a call, they have to open the contact’s listing and press the call button, just like the mobile version of WhatsApp.

Can we will able to do Group Voice, Video Calls Via Whatsapp Desktop?

In fact, according to reports, WhatsApp is also working on a new feature to include group voice calls and video calls from the desktop itself.

However, WhatsApp has not confirmed these developments.

Apart from this, a new wallpaper support feature is also coming to WhatsApp users, in which users can download the wallpaper and / or apply it in their chat window.