According to Statista, there are more than 3.5 billion social media users worldwide. Given such prominence, it is natural to see businesses trying their best to promote their products or services on social media sites.

At the same time, given how often the social media landscape changes, brands are also asking themselves what they can expect in the future to not fall behind the competition.

Social media trends come and go, but knowing when to expect the next new thing and pounce on it will give an advantage.

Let’s take a look at some notable social media trends and how they are shaping up the marketing plans for businesses around the world.

It was only a matter of time before Facebook implemented direct shopping. Instagram and Facebook users can now browse through a brand’s product catalog and shop on social media instead of clicking a URL to get redirected to a landing page.

Integrating social media into one’s ecommerce store is a common trend. Brands want to direct their social media followers to their website and vice-versa.

Having your commerce store on a platform that makes selling on social media simple helps with conversions as well. For example, if you use Sellfy, you can upload and share product links directly to your social media followers.

Content quality is another big element of a successful social media campaign. These days, brands are adopting the posting-less-is-posting-more policy to avoid spamming follower feed with irrelevant content.

Instead of posting multiple times in a day, a brand might share an article once a week or ask their followers to participate in a poll every weekend. Publishing high-quality infographics is also an example of quality over quantity.

Even though live streaming on Facebook was introduced in 2015, it took a while for businesses to realize how powerful the feature can be for marketing.

Brands go live and share exclusive content. Live streams are also a great way to interact with your followers by responding to their comments. Organizing giveaways while streaming could help with the overall engagement as well.

Video games are a popular pastime. The number of people who identify themselves as gamers grew even more during the pandemic when social interaction was not an option and we had to look for other ways to spend our time.

Times were rough during the pandemic, and not all consumers managed to push through unscathed. Brands need to embrace authenticity to show their human side on social media more than ever if they want to connect with new current followers. After all, the overall consumer trust is pretty low right now, and finding a brand one can identify with is not easy.

Brands can show authenticity on social media by showing real faces working for the business, sharing exclusive behind-the-scenes footage, being open about successes and failures, featuring user-generated content, and staying true to a brand’s values.

According to HubSpot, video content is the second most engaging type of social media content. It was a bit surprising to see Facebook and Instagram introduce a video player on the platforms relatively late.

Videos are easier to consume, given how small an average person’s attention span is. They are more likely to watch a video than read a wall of text. And if the content is interesting and offers value, then there will be interest not just to watch it but share videos with your social media friends.

TikTok is a great example of how content creators leverage their audiences by uploading short videos that go viral to raise brand awareness and attract new leads.

New social media platforms are another trend that businesses need to keep their eyes on regularly. Being one of the first to join a new social media site and establishing a presence on it will give you a head start over the competition. 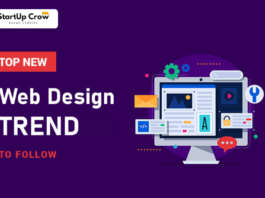 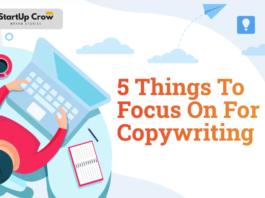