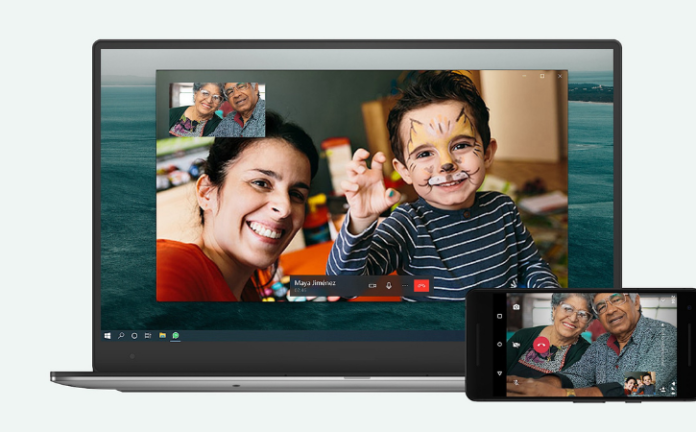 In the official blog of WhatsApp, he told about the new features in WhatsApp. He said that now video calls and voice calls can also be made from Desktop WhatsApp App. It has just been launched in beta version, along with many more features that will come in the coming time.

According to data from WhatsApp, They said that this year about 1.4 billion videos and voice calls have been done through WhatsApp in this new year. Which is a huge number itself. There are many such applications on the desktop as well, that allow you to make video calls in groups such as Zoom, Google Meet, etc. WhatsApp wants to give a more smooth environment to people so that people will be able to make video calls easily through the desktop.

Also Read – Starlink Open for Pre-booking in India: World’s Fastest Internet Service By Elon Musk is Now Available in India to Know All About Starlink

According to WhatsApp, you will be able to make video calls in both the landscape and portrait orientation on the desktop. Apart from this, if you have made the call on the browser, then that video call will be fixed on the top of your desktop. So that if you can work in other tabs also. It has many features which give you the experience of making a very smooth video call. You do not have any kind of trouble while making a video call.

Other than that, your device should have a microphone and camera for making video and audio calls. You must have an active internet connection both on the computer and the phone, although it will not calls through the phone still make the call your mobile must have net connectivity. Apart from that, you will have to give permission to WhatsApp to access the microphone and camera so that your video call and voice call can establish.

Hope you liked this news, You can tell us in the comment box. Apart from this, there will be any new news related to WhatsApp, we will try to reach you as soon as possible. If you have any suggestions, you can send us to our email startupcrow@gmail.com. Thank you very much for reading the news. Have a nice day.