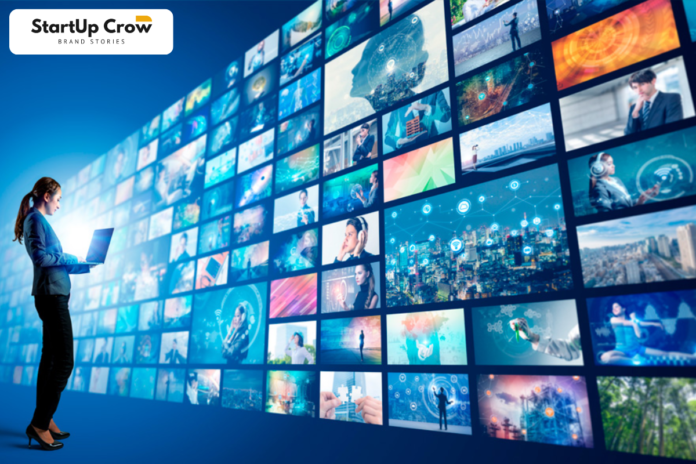 Media in India – Television, cinema, newspaper, magazines, and Internet based website & portal are various arms of the Indian media, which are among the oldest in the worlds. Of the 880 satellite television channel, more than 380 are news channel, several of them current event 24 hour a day, 7 day a week.

However, a large amount of media & the cultural and ethnic richness of the country do not translate into a variety of news. Ironically, the concentration of media ownerships indicates the opposite & a significant trend toward controls of content & public opinions.

Read Also : How to Do International Business | Rules & Benefits

There is a strong connection between media, business & politic. Most of the major media companies are owned by large conglomerates controlled by founding families with a wide range of business interests other than the media. (Media in India)

The news headline for the past few week have been filled with constant news about the Adani Group hostile takeover of NDTV. It seems like a good place to start delving into this seemingly bottomless groups of media secrets loyalties to their various counterparts.

The news channel has been openly biased toward Congress & notoriously anti BJP in the recent past. It was a majority owned company between a few individuals & corporate groups Radhika Roy, Prannoy Roy, RRPR Private Holding Ltd. and Oswal Greentech Ltd. The shady ownership of NDTV run deeper, as Radhika Roy is the sister of Brinda Karat, a Rajya Sabha. MP of the CPI. Abhay Kumar Oswal, owners of Oswal Greentech Ltd., is the father in law of MP Naveen Jindal. Prannoy Roy is the first cousin of Arundhati Roy, a former Booker Prize winner for her book The God of Little Thing. (Media in India)

Just over a decade ago, Prannoy & Radhika Roy borrowed approximately INR 403 crores from Vishvapradhan Commercial Pvt. Ltd. in exchange for warrant enabling them to acquire approximately 29% of the newsgroup shares. The Adani Groups acquired VCPL & exercised those right. In accordance with Indian regulations, the groups made an open offer to buy a further 26% from existing shareholder, giving them the opportunity to exit. Adani Group could acquire more than 55% of the share of the populars news network NDTV if the two pronged strategy is successful.

Formerly known as SGA Finance & Managements Service and Network18 Fincap Limited, it went into ownerships a couple of times & also went through a restructuring and founded a subsidiary called Global Broadcast News GBN. A series of losses between 2008 and 2010 with existing debts drained the company fund.

In an efforts to mitigate its financial losses, the company began to restructure and consolidate its assets. His effort proved futile as, after 2011, he faced possible financial collapse & loss of controls from his CEO, Raghav Bahl. By September 2011, the company had accumulated INR 1,400 crores in debt & was seeking externals financing to bail itself out. Reliance Industries Ltd. partnered with Network18 & injected funds through the Independent Media Trust. (Media in India)

It is assumed that the main reason RIL gained control of Network18 was the network incessant coverage of Arvind Kejriwal & his accusations against RIL supremo Mukesh Ambani over naturals gas price irregularities in the Krishna Basin. Godavari. However, no charges were filed & RIL vehemently denied the allegation.

The giant Times Groups, owned by Bennett, Coleman & Company Limited, is one of the most powerful & influential media houses in the country. It own Times of India, Navbharat Times, Mid Day, Stardust, Femina, Vijaya Times, Vijaya Kannada and Times Now News Channels. An important part of the company is owned by Italian Robertio Mindo, a close relative of Sonia Gandhi.

Why do media monopolies Flourish

The reason for the foray into the news space by the big conglomerates is because of the advantages it gives their companies. RIL acquisition of Network18 was one of the first corporate acquisitions of a news media channels. With RIL deep interest in the energy sectors, this move was seen as part of a trends of increasing commodification of informations, to the detriment of treating journalism as a public service. (Media in India)

The reason for these flourishing monopolies can be rightly attributed to the non existence of law & regulation that prevent:

In the absence of strict laws, the media in India is self regulated by the News Broadcasters Association and the Indian Broadcasting Foundation, which sets guidelines, rather than rules. (Media in India)

The political affiliation of media channel before corporate takeover have already traveled the path of misinformations, selective reporting, and the commodification of informations. As one of the largest media market in the world, the ownership & controls of the Indian media in the hand of a few reflect their inability to reports objectively and withouts bias. Whether it be political, business, religious or any other affiliation, journalism must be free & free from such loyalties or prejudices to be truly a public service, working only for the general public interest.