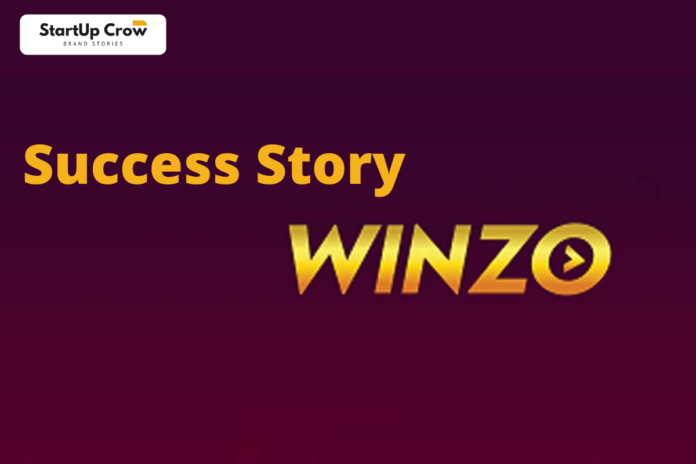 WinZO Success Story – India’s online gaming industry is flourishing with a wide variety of game that are enjoyed by young & old alike. Among all others outdoor games including crickets, football, kabaddi and basketball, India is also witnessing a rise in popularity of various indoor games like ludo, pool, carrom, free fire & more, which are also allowing player from India to be rewarded. with real cash prize among a list of other reward.

The large young populations and rapid internet penetration have made the country truly witness to a gaming revolutions including fantasy sport & social gaming platform over the last decade or so. To mention one of the most populars gaming hubs in India is to talk about WinZO. The New Delhi based social gaming platforms is well known for offering monetary benefit & prizes to player across the country.

Founded by Paavan Nanda & Saumya Singh Rathore in 2018, Winzo has been cleverly developed as a vernacular gaming platforms to tap into Indian audiences hailing from tier 2, 3 and 4 cities.

WinZO offer a variety of popular game, from PubG to crickets, rummy & more, making up an enviable collection of over 100 games that rewards user online.

About WinZO and How it Work

WinZO is a vernacular entertainment platforms powered by micro transaction, which has more than 100 games served in 5 format for user in more than 10 regional language. The various game offering range from hyper casual games like Candy Crush, Metro Surfer, Carrom, Chess, Ludo, and Pool to mid core flagship esport IPs like Free Fire.

WinZO is a members of All India Gaming Federation AIGF & FICCI. It is also known as the proud sponsor of the Patna Pirates, the Gujarat Giants and the Bengal Warrior.

WinZO was created with the idea of ​​emerging as the Netflix of gaming, a platforms with games to play with your friend. To boost the gaming infrastructure in the country, WinZO partner with individual, medium and large global studio to bring a variety of game to its users on a single platform.

WinZO was created with the idea of ​​emerging as the Netflix of gaming, a platforms with games to play with your friend. To boost the gaming infrastructure in the country, WinZO partner with individual, medium and large global studio to bring a variety of game to its users on a single platform. (WinZO Success Story)

The social gaming startup also helps developer improve their revenue by providing an alternative and much more efficient model of monetization led by microtransaction instead of conventional in app purchases and ads. WinZO partner developers have made 100 times more revenue from their games on WinZO in India compared to their distribution channel like Google Play Store, Apple Store, etc.

In the short term, WinZO aspires to be the platform of choice for both its stakeholder gamers in Bharat Tier 2 – Tier 5 and game developer. The company is always innovating & providing product and features to empower its users and game developers. (WinZO Success Story)

User here get the thrill of competition and instant gratifications. It also ensures content personalization to offer user relevant games based on their engagements pattern on the platforms. The company is developing a community of gamers who can participate & compete with each other through features such as WinZO Versus.

To make it easier for developer to reach out, they also launched the WinZO Developer Console, where any developer can register & submit content for integration into the application. The console has gained massive traction, with over 1,000 games shipped from around the world. It also provides real times game related analytics for efficient performance monitoring & ensuring transparency. (WinZO Success Story)

The company raised its seed capital, an undisclosed amount, from K Start. WinZO has also created a $1.5 millions funds to supports game developer in India. On July 2, 2021, WinZO announced the raising of $65 million in a Series C funding round led by California based Griffin Gaming Partner. The company has raised a total of $110.5 million in its fundraising to date. (WinZO Success Story)

Paavan is an engineer from NSIT, who went on to IIM Calcutta & Copenhagen Business School. He worked with Bain & Company, Abbot Labs and Merrill Lynch before co founding Zostel Hospitality Pvt Ltd., which grew out of ZO Room, an affordable, technology driven hostel chain. However, ZO Room, after a failed merger with OYO, went out of business, but failed to stop the growing entrepreneurial instincts of Nanda, who went on to co-found WinZO with Saumya Singh Rathore in 2018.

Saumya is the co founder of the vernacular social gaming platforms, WinZO. He has a Masters in Psychology from the University of Manchester & eventually earned a Chartered Psychologist degree from the British Psychological Society. Saumya had already worked with Paavan Nanda on Zo Room before the duo decided to founds WinZO. (WinZO Success Story)

WinZO today is a close knit team of around 40 young, enthusiastic, passionate & talented peoples who believe in the vision of the company and strive together to works on the most advanced cutting edge technologies and bring the best value to user. When the team closed its Serie A and had more than 5 millions user, it was only a teams of 9 member. (WinZO Success Story)

The work culture at WinZO is as vibrant, customer focused, and fun as you could imagine at a gaming company. The team work hard at exemplary speeds of execution to push exciting new feature to users & every little achievement is appreciated and celebrated. Weekly office parties and milestone celebrations also bring extra motivation and energy to the team.

WinZO aims to lead the Indian online gaming ecosystems with a vast network of influencers that is capable of serving over 50 millions registered users of the platforms.

Currently Winzo app has more than 70 games available in 5 exciting modes. The company goals for the next years is quite simple grow 10x from now, provide quality content for user, & continue to create multiple avenues of engagements for them. At the same time, WinZO is also working to improve the value proposition for its partner game developer & to bring fresh new content.

For example, WinZO recently partnered with Garena for Free Fire to launch their esport for tier 2/3/4 cities across India vernacularly, and it has been well received by the audience. The company also launched its game developments console in which more than 50 studios have been linked.