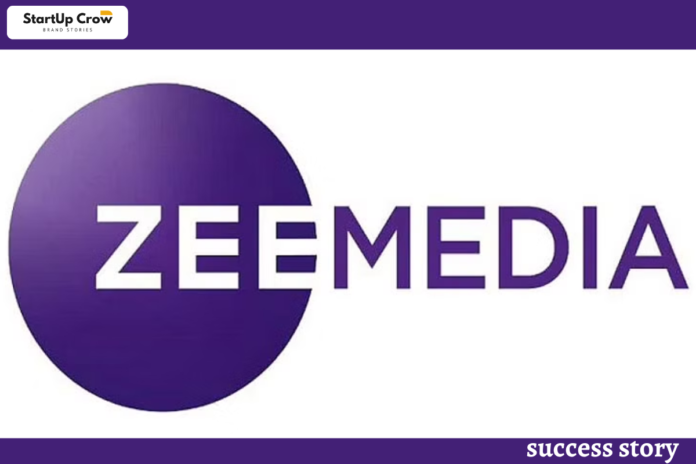 What is life without media & entertainment Our lives would become so mundane if we didn’t have an ounce of entertainments & news to ponder what going on around the worlds.

The media and entertainment industry is sure to be booming & with all the proper sense to the latest technological advances and trend. It’s not something the industry would change that much, but it depends on people & how they view these media channel.

In this article, we are going to read all about Zee Media which is India leading news & entertainment networks. A part of the billionaire Essel Group, Zee Media.

To learn more about the company, let’s explore its startups & growth story, founder & team, investor, the challenge they face, business models & revenue, competitors and their plans.

The company has a wide variety of news channel under the Zee brands, including the English language news channel WION. Zee Media also operates the ZEE5 distribution platforms.

Subhash was born in Haryana. He never completed his studies due to lack of money. He started his career by joining the family business of commission agent & supplying rice to the Food Corporation of India.

Jawahar Goel is the younger brother of Subash Chandra Goel, Chairman of the Essel Groups. Jawahar is the editor in chief of the Zee Media networks. He is also the chairman of the media network ‘Editorial Governing Council. In addition to this, Goel served as the General Manager of Dish TV, but recently resigned from him. He has worked with companies such as the London Stock Exchange Groups, Systematix Shares and Stock.

The company was initially incorporated as Zee Sport Ltd, founded by the Essel Group also known as the Zee Group in 1999. The group was originally founded as Messrs Ramgopal Indraprasad in 1926 by Jagannath Goenka. His grandson Subhash Chandra later expanded the company & renamed it Essel Groups.

Zee Sport Ltd re incorporated as Zee News Ltd. on May 27, 2004. Later, after nine year, the name was changed to Zee Media Corporation Limited.

Zee Media had partnered with the Dainik Bhasker Groups to publish their newspaper known as the Daily News & Analysis, but due to insufficient profit, publication of the newspaper was stopped. In addition, the company operates the Zee Institute of Media Arts, which is owned by Zee Learn, the educational division of the Essel Groups.

Formerly known as Zee News Limited, Zee Media Corporation was a division of Zee Telefilms Ltd, later renamed Zee Entertainments Enterprises. In 2006, it was separated from the Essel Groups as an independent business.

It was in 1992 that the Essel Group began to take a large share in the entertainments industry, also the years that it incorporated Zee Telefilm Ltd.

This fiscal year, Zee studio themselves have contributed the most to the company’s revenue growths.

Although Zee Media generated its revenue from Zee Studio this year, most of its earning come from Zee News.

Zee News is one of the oldest channel owned by the Essel Group. It has a wide variety of regional news channel. One of the biggest sources of income you earns is from your own YouTube channels. A channel is monetized on YouTube only when it has a minimum of 1,000 subscriber. YouTube pay for a channel if it exceeds 4,000 hours of viewing. In this case, the Zee News YouTube channel has 21.2 millions subscribers with 169.89 million view each month. The total net worths of Zee News Channel is estimated to be around $40.77 million.

Zee Media Corporation Limited goes through many challenge as the company manages news channel, which attract controversies & challenge. The company was involved in spreading wrong & fake news through its Hindi media channels called Zee News, which led the company into many controversies and arguments.

The company mission is to become the world global media company. Its vision is based primarily on customers focus, excellence, integrity, creativity & growths orientation.

In 2022, Zee Media Corporation Limited launched one of the largest elections campaigns in its opinion polling exercise. This campaign aimed to raise awareness & have an interactive session with their audience to increase engagements. Due to this campaign, the Zee news channel on YouTube saw a 68% increase in viewerships.