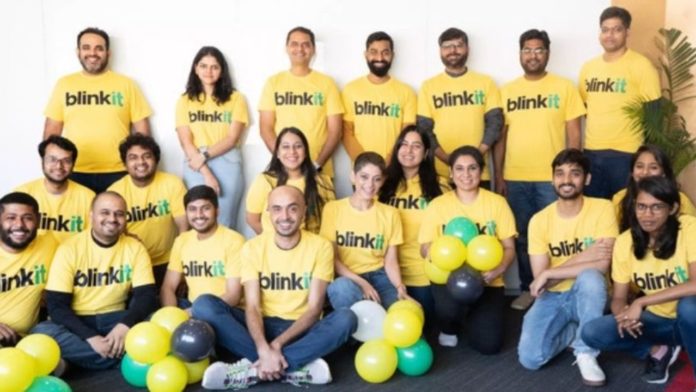 Grofers which recently rebranded themselves as Blinkit got hefty funding from leading food delivery app Zomato. As per report zomato invested Rs.750 crore to empower 10 minute dilivery system, started by blinkit later followed by many other delivery companies.

500 million $ is the amount if we convert it into dollars, however Blinkit raised $100 million as a convertible notes from Zomato as of now.

The people who knows about this deal they said that currently Blinkit has received convertible notes from Zomato that later will be converted into equity.

After this investment from Zomato, Blinkit valuation has raised to $1 billion, which is a good sign for the companies future.

They want to give competition to Swiggy Instamart & big basket in the industry.

As per report by trak.in, A source said that “The market conditions have affected Zomato, and thus Blinkit’s planned fundraising. The funding is expected to be negotiated again, with fresh terms. To go ahead with its plans, Blinkit, for now, has raised the first tranche of $100 million from Zomato”.

Delayed Fundraise Due to Market Volatility

Due to marketing volatility this fundraising is delayed that was planned to close this month.

Zomato plans to direct compete with Swiggy instamart and would invest $500 million in Blinkit by november to make its valuation hit $1.5 billion.

As per market gurus Q-Commerce market in India is expected to hit $5 Bn by 2025 which is the good sign for q commerce industry.

Blinkit is competing with Dunzo, Swiggy Instamart to deliver groceries in just 10 mins to its customer which is good for consumers and also hated by many other competitors in this segment.

Let’s see who wins this race for this segment and who loses the game of q commerce.