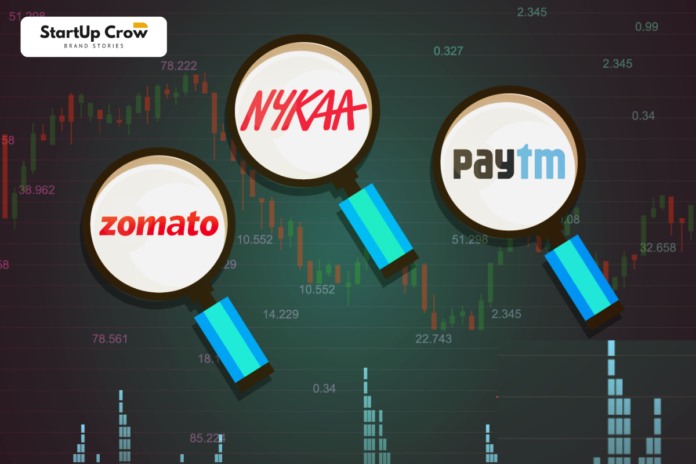 Zomato, Nazara Technologies & Paytm were among the best performing new age tech stock this week. Fino Payment and CarTrade were two of the biggest loser among new age tech stock, both finishing nearly 7% lower this week. The benchmark NSE Nifty50 and BSE Sensex indices finished the week 1.4% higher than the previous week.

After a two week rally, the Indian stock market performed relatively subdued this week, but still managed to close in positive territory.

From the release of corporate financial results to the Reserve Bank of India RBI repurchase rate hike and the start of a geopolitical conflict between China and Taiwan, a myriad of factors seemed to have kept investors a bit cautious during the week.

Some of the biggest name among new age Indian tech startups Zomato, Paytm and Nykaa reported their FY23 Q1 result this weeks.

Among new age internet technology stocks, Zomato, Nazara Technologies & Paytm parent company One 97 Communications were among the best performing stocks, ending the week up 16.3%, 27. 2% and 16.1% more, respectively, in the BSE.

Both Zomato and Nazara touched their upper circuit for the week after reporting strong FY23 Q1 result.

Meanwhile, Fino Payments and CarTrade were two of the biggest losers among new-age tech stocks, both finishing nearly 7% lower this weeks.

After hitting its record low of INR 41.65 last week, Zomato saw a good response from investors in the stock market this week, followed by June quarter results for FY23.

Despite the negative response Zomato received following the announcement of the Blinkit acquisition in June, the results appear to have reinvigorated investors, with its shares hitting the upper 20% circuit of INR 55.6 the day after the announcement. of the financial result.

However, Zomato share shed some of their gains later in the week to close Friday’s session 5.6% lower than Thursday close at INR 54.5 on the BSE.

It’s also pertinent to note that the startup is under a lot of scrutiny, with questions being asked about its disclosures and conflicts of interest in some of the acquisition deals. Reports of a possible new name for its parent brand and the move to have a multi CEO structure have prompted the startup to issue clarifications to exchanges, and market regulators, the Securities and Exchange Board of India SEBI.

Paytm is up more than 16% this week

Paytm has been one of the major laggards in the Indian stock market among new age tech stocks since its IPO in November last year. However, shares of Paytm have been trending higher since the end of June.

Partly fueled by positive comments on its trading performance, shares of Paytm witnessed a strong trip north despite some session lows in the middle.