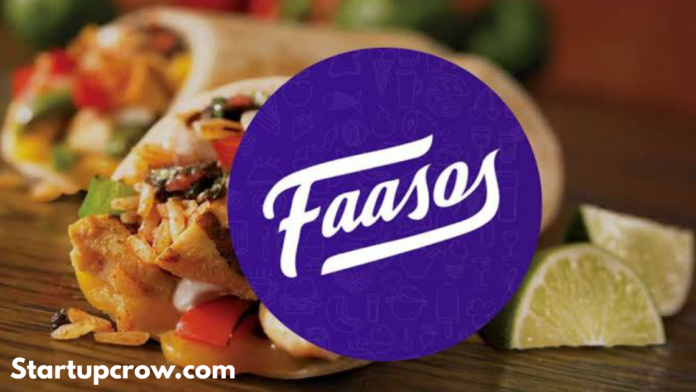 Faasos, the integrated food company with the awesome business model, beginning stories and startup technicalities find much more about Faasos, Competitors, Revenue, Funding and that is coming ahead in this article.

Faasos – How does it Work ?

Faasos is an Indian online food delivery company that was established in the year 2011. In 2018 the company rename as Rebel Foods Pvt Ltd.

Its headquarter at Pune however works in excess of 15 significant urban cities in India. It is the only one company that works on all the three phases of food on-request business specifically – ordering, distribution and order fulfillment in the field of online food ordering business in India.

What was the Reason behind Faasos Started?

Faces were started as a Calcutta Roll store chain in the city of Pune in 2004.Jaydeep and Kallol took around 7 years to provide a full commitment to end to end delivery, fast and doorstep delivery.

Jaydeep had no background experience in the food business area and every one of his choices were natural which have served him well up until now.

He was simply worn out on the burger and pizza chains and needed something Indian to spring up in the online field. From 2011 to 2013 the organizers developed more than 70 cafés in the main urban areas of India.

Founder of Faasos is Jaydeep Barman (CEO) and Kallol Banerjee. Both have done MBA from INSEAD. Kallol Banerjee has previously worked for Bosche in Singapore before Faasos startup.

Faasos is running on a cloud kitchen based business model wherein the parent company Rebel Foods is offering four in house brands on its foundation specifically Oven-Story, Kettle&Eggs, and Behrouz. These additional things were added in the year 2015 and the company in this manner could perform various tasks using a similar kitchen, with regular fixings and similar staff to satisfy every one of their requests from changed brands. Today, Faasos works about more than 160 kitchens that offer food from four different brands.

Indian food delivery market is approximately 15 billion dollars and set for a remarkable development. Food delivery has become a competitive market in India.

Faasos is in direct rivalry with major on-demand food aggregators like Zomato, Swiggy whereas there are different Competitors like Tinyowl and Holachef and Foodpanda .Although Faasos has a somewhat unique buisness model than others.

To stand apart from the group, Faasos is focusing on cost and different variety range of food items that it offers for customers.

Since 2011 Faasos has raised complete value fund of 60.4 million dollars in 5 rounds from 5 unique investors.

Full funding details are as follows –

Initial Challenges for Faasos is to manage their accounting and finance as it is the most important aspect of any business.

Faasos were dependent on ubiquitous Tally software for their accounting and finance whereas they were using legacy Point of Sales system for store sales and inventory management in their business.

To overcome financial and accounting problem Faasos shifted to Sage software.One of the biggest failure that were counter by Faasos was the Area failure and the cost expected to bear such failure. Anyway such failure caused them to understand that they need to have multiple food brands instead of a brand expansion.

Faasos has the force and capacity to make solid brands in the food business and the cost structure of lean assembling and distribution.Over the long term, Faasos can offer items at low price in future as well as run it at World level too.

Who is the Owner of Faasos?

The Owner( parent company) of Faasos is Rebel Foods Pvt Ltd founded by Jaydeep Barman (CEO) and Kallol Banerjee in 2011.

What is the total Revenue of Faasos?

Who is the Ceo of Faasos ?

Jaydeep Barman is the Co-Founder and CEO of Faasos and Kallol Banerjee is his Partner in whole journey.