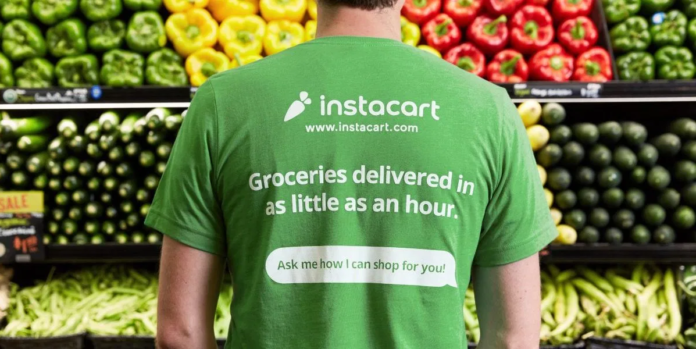 Instacart is the same as Jiomart which supplies people groceries but is different from Jiomart, today we will talk about Instacart in this article and learn how Apoorva Mehta started Instacard and how to make it successful. After more than 20 unsuccessful startups. Let’s see Instacart’s successful startup story in America and Canada by an Indian guy.

Apoorva Mehta, who hails from India, moved to Canada for his graduation. When he completed his B.Tech in Canada, Apoorva thought that now I should do a job then he worked in big companies like Blackberry and Amazon. After that, He thinks why not start his own startup now.

Apoorva Mehta started Instacart in 2012, Before starting this company, Apoorva Mehta used to work as a Former Employee at Amazon. He also had a good lifestyle with a very good salary. But he did not interested in the job. He left his good job without any planing, after that he started more than 20 startups and failed in one by one, after all, he thought why don’t I follow my passion and then he started Instacard.

Instacart operates in more than 5500 major cities across Canada and US with over 350 retail and 25000 grocery stores. Instacart delivers its customer grocery through its website and app. Instacart’s market value in June 2020 is $13.7 billion.

When Approve Mehta left his job, he had no plan, after this, he started a lot of startups by making small investments, one of which he created an ads network for gamers, It did not run due to lack of high demand in the market. Then he starts a Social Networking site for lowers but no one have to need like this site.

He left his job in 2010, after that for 2 years, he spent his time and money in many startups, but no one did it, he gave himself time to find his passion. After that, he read lots of startup books and understand the market need. After research, he started Instacart. Also, Apoorva said that many people start his startup without any passion and interest and then he fails.

Instacart made the entire US and Canada their marketplace in a few years, together the company value crossed $13.7 billion. Today Instacard has become the fastest grocery delivery company in the US and Canada. He delivers the grocery to your home for less than 1 hour.