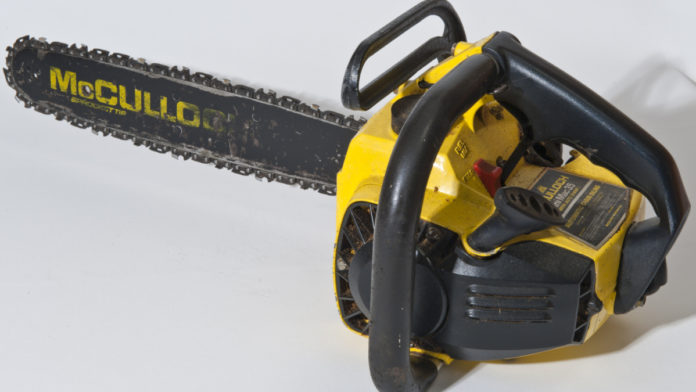 What comes in your mind when you heard chainsaw? and most of you might be thinking why were chainsaws invented?

Is Chainsaws were are invented for Childbirth?

Yes most people and online articles are claiming that first chainsaw is made for childbirth. It was made to help difficult childbirth, it was used to widen the pelvic area to easier extricate a stuck baby.

How was chainsaws invented?

First chainsaw was invented by two Scottish doctors – John Aitken and James Jeffray – in the late 18th century for symphysiotomy.

In 1780 these doctors find it difficult to cut anything with knife as it took more time and cause pain while cutting so they invented tool that replaced knife made up of hand crank and had teeth on a chain that performs quick and fast results without any pain.

Evolution of the chainsaw

German orthopaedist Bernhard Heine designed a new version of chainsaw in 1830 which they were using it for surgeries. He named it osteotome. Later people realised that this tool can be used for other purposed also other than medical.

In 1905 Samuel J Bens opted first patent for electric chainsaw who was from Francisco. He used it to fell huge redwoods.

Later in 1926 Andreas Stihl was the first who produced & sold electric chainsaw got patent.

Now if you Google Chainsaw you will find different colors and sizes. Let me quickly show you some examples:

Who made the first chainsaw?

Robert P. McCulloch was first who made the first Chainsaw who was an American entrepreneur.

If you enjoyed reading this story you can share this with your friends and yes guys you can use this tool if you are into gardening or furniture business.

What Are The Solution for Love problems and Love Marriage Problems?

What Are the Famous Boy Names That Start With Q