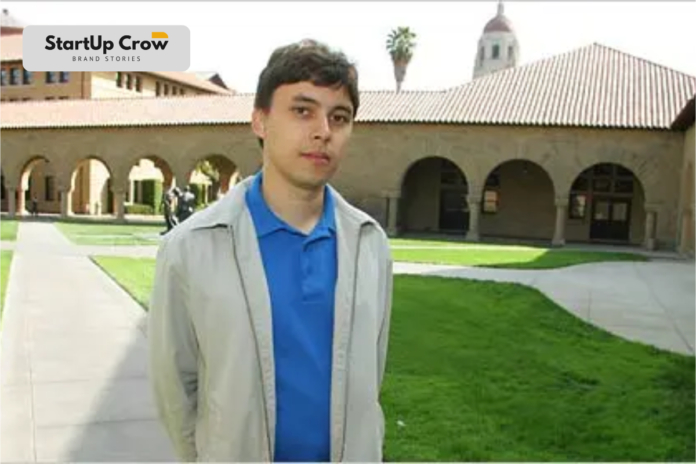 On February 14, 2005, Jawed Karim, Chad Hurley, and Steve Chan launched YouTube. They are also widely considered to be the creator of YouTube. Jawed Karim is a software engineer & entrepreneur from the United State. He is of German & Bangladeshi descent. Jawed Karim has been at YouTube since the first video was uploaded and the company revenue is expected to exceed $28.8 billion in 2021. His contribution to the growth of YouTube is simply indispensable.

Anyone with Internet access has probably watched a YouTube video at some point in their life. YouTube is the platforms that gave birth to many sensations; without him, there would be no T-Series, Pewdiepie, CarryMinati and thousands of other video creators. Susan Wojcicki is the current CEO of YouTube and joined the American online social media and video sharing platforms in February 2014.

Jawed Karim was born to Christine and Naimul Karim on October 28, 1979, in Merseburg, East Germany now Germany. His father is a researcher from Bangladesh who work for 3M, an American multinationals conglomerate originally known as the Minnesota Mining and Manufacturing Company based in Maplewood, Minnesota and founded in June 1902. Karim mother is a German scientist who work as a research professor of biochemistry. at the University of Minnesota. Ilias Karim, his young brother, is his only sibling.

Jawed Karim was born in Merseburg but grew up in Neuss, West Germany. In the early 1980s, he and his family were forced to cross the borders into Germany due to rising xenophobia. However, he had to deal with several others cases of xenophobia in Neuss, which is why he had to move with his family to Saint Paul, Minnesota, in 1992. Karim graduated from Saint Paul Central High School in 1997.

Jawed enrolled in the Department of Computer Science at the University of Illinois. Jawed dropped out of college before completing his degree and went to work for PayPal, where he was one of the company first employees. In 2004, he completed his education and obtained a bachelor degree in computer science. Jawed went to Stanford University and got a master degree in Computer Science, but this was after YouTube was founded.

Karim began his career as an intern at Silicon Graphics, Inc. during his college year. There he had worked on 3D voxel data managements for very large data sets for volume rendering, including data for the Visible Human Projects. However, he soon dropped out of college and went to works for PayPal, where he met Chad Hurley and Steve Chen, the future co founder of YouTube, in 2002.

He met Steve Chen and Chad Hurley, the other two YouTube creator, at PayPal. The lack of videos clip from Super Bowl XXXVIII, as well as the Indian Ocean earthquake and tsunami, inspired Jawed to create a video sharing platforms. The controversial Super Bowl halftime segment with Janet Jackson was all the rage at the time, and everyone wanted to see it. Hurley and Chen, on the other hand, cited the website Hot or Not, a ratings site that allow user to rate the attractiveness of photo voluntarily submitted by user, as inspiration for creating YouTube. The founders also stated that when they decided to launch YouTube, they had an online videos version of a dating sites in mind.

If you are wondering if YouTube was the first video sharing website on the Internet, the answers is no. It’s because Vimeo launched in November 2004, before YouTube, but because it was a side projects of the developers of the Los Angeles based internet comedy company College Humor at the time, Vimeo didn’t grow that fast.

After launching YouTube, Jawed Karim became an informal advisers to the company instead of an employee because he wanted to finish his studie, eventually enrolling at Stanford University. He took a smaller stake in the company than the others co-founder, Steve Chan and Chad Hurley.

Much of the time passed unnoticed by the general public until the arrival of Google. Karim returned to news & media only after YouTube was sold to Google for nearly $1.65 billion in 2006.

This small stake was large enough that he received almost 137,443 share, worth approximately $64 millions, at the closing of Google famous acquisition of YouTube. Jawed Karim net worth is currently $300 millions.

Jawed Karim story exemplifie the importance of identifying a niche and then targeting it, and is certainly inspiring for entrepreneur today. A video sharing platforms may be common today, but it wasn’t in the early 2000s. Karim was always a prominent face on YouTube when it first launched. In addition, Karim had a significant role in many crucial YouTube decision, including the decision to collaborate with companies like Google and NBC, which can certainly be seen as some of the biggest reasons for YouTube’s current popularity.