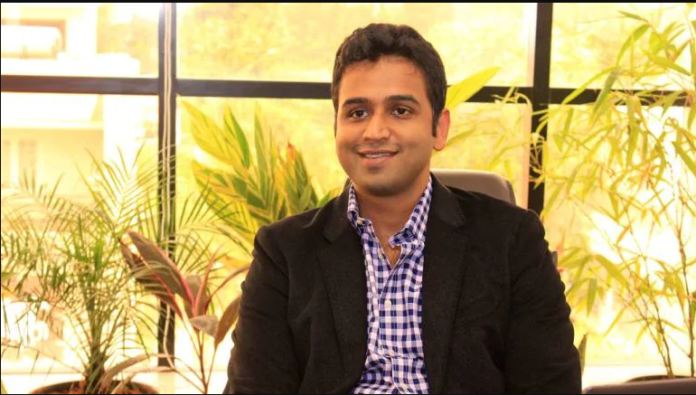 No matter how many startups start every year in India, there are many startups who are unable to make their profit in the market and there are some startups that have been making huge profits. According to the report, Zerodha won the startup of the year 2020. Today we will know about how Zerodha Startup Story.

Nitin Kamath, the founder of Zerodha, was born on 5 October 1979, he lives in a middle-class family when he started going to college in 1997 when his friend told him that we can earn money by trading whatever pocket money he has. He used to trade with it and making some money from trading, but when the market crashed in 2001, all the money he earned from trading had lost and he did not have any extra pocket money.

After the market crash, he did not stop trading because trading had now become a passion for him, due to lack of money, he joined a call center at ₹ 8000 per/month and he worked in the office during the day. He uses that money for trading, and he had saved good money while doing trading.

He was making a lot of money from trading, but one day when he was in the gym, he found a friend of his. They started talking about trading. When Nitin showed his trading account, his friend was surprised. That Nitin has made very good money in such a short time, then his friend told him that you manage my account too, for this you should keep some money in percentage.

After that he left the call center job and he started to manage the account of his friend, after that he started getting many clients gradually, he got more than 10 clients, now it became very difficult for him to manage 10 accounts.

As well he also runs a blog where he publishes blogs related to trading and stock market which also had very good traffic. After that, he took feedback on his blog, and one himself took the decision to open a brokerage firm that would make trading easier by using full technology and data science.

He spent the entire 13 years in the world of trading and stock market and he knew about all the difficulties and everything. He had already done all the market research and in the middle of 13 years, he did save very well money from trading too.

Then he combined his savings to start brokerage firm Zerodha in August 2010 which is a fully technology-based app where we can easily invest money in the stock market. Everyone thinks that Nitin had gained overnight success But it is wrong, Nitin has been in the market for 13 whole years and he took everything good and bad experience.

The first reason, the biggest reason why many startups failures are that the founders of startup think to solve multiple problems at once and they fail, but Nitin focused on one or two problems, and then he started Zerodha.

The second reason, There are very few people in India who do trading. It is not at all like that Indians do not have money. They did not trade due to too much complexity and too much paperwork, but after coming to Zerodha it was very Easy, technology-driven and transparent, and along with Zerodha brokerage fees were very low and they also put a calculator on their app so that any person can calculate their amount before trading.

According to the data of 2020, Zerodha manages more than 900,000 users. And Zerodha won startup of the year. According to ESOP the valuation of Zerodha in June 2020 calculated $1 Billion.