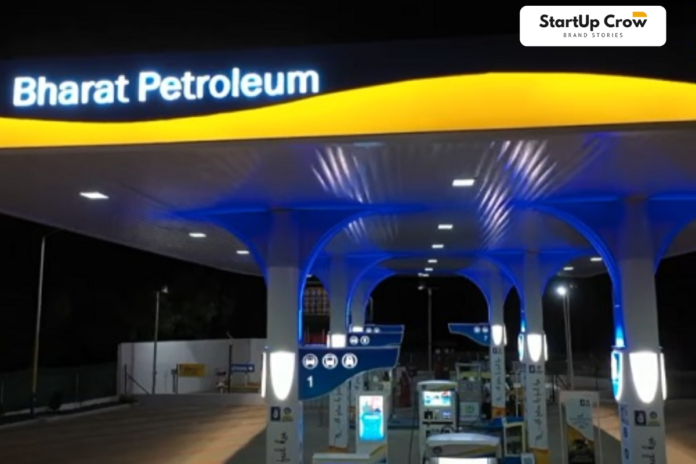 Bharat Petroleum Success Story – The most important global industry is the oil & gas industry as they use the Earth resources to generate their source of incomes. The oil and gas industries are among the top six industries in India. They help play a crucial role in boosting the economy of India. As a sector, it is the fastest growing sector & offer a wide range of possibilities for investor & promises a lot.

This sector dates back to 1889 when oil was found in Digboi in the states of Assam. Around the 1960s, the oil and gas industries began to recovers.

Read Also : How to Build a Successful Career in IT Sector

Bharat Petroleum is all about the exploration & productions of oil and gas. According to report in India, most of the oil sector is managed by Bharat Petroleum Corporation Ltd BPCL. The Ministry of Petroleum and Natural Gas has control of BPCL. The company is also the second largest government owned downstream oil company in India.

The Refining and Marketing Activities, which encompass the Downstream oil industry, is the only segment in which the corporation work. They also work in exploration & production E&P of hydrocarbons.

Bharat Petroleum produces oil for motorists, fleet owner, aviation services, and other industrial & commercial purposes. In addition to this, the company is also involved in many CSR activities.

India is the third largest consumer of energy and oil in the world after China and the United States. With the huge potential for growths in the oil & gas industry, India aim to reduce dependence on oil & gas import by 10% by 2022.

It is one of India leading integrated energy companies and is also a Fortune Globals 500 company that refines crude oil and market petroleum product. It has a significant presence in both the upstream & downstream of the oil & gas industry. BPCL now enjoys the prestigious Maharatna designation.

Arun is a mechanical engineer who graduated from the National Institute of Technology in Patna. BPCL appointed Arun Kumar Singh as Chairman and CEO in 2021. Arun has more than 36 years of experience in the oil & gas industry. In these year, Arun has led Business Unit & Entities in BPCL, such as Retails, LPG, Pipelines, Supply Chain Optimization, etc.

He also served as President Africa and Australia at Bharat PetroResources Ltd. a wholly owned subsidiary of BPCL, engaged in oil and gas exploration primarily overseas. He is also chairman of Indraprastha Gas Ltd and serves as a director on the board of Bharat Gas Resources Ltd.

History of beginning and growth

The origins of Bharat Petroleum date back to 1928 when India was under British rule and had incorporated the Burmah Shell Oil Storage & Distribution Company in India.

The British began to bring oil product to India and the business grew rapidly. After attaining the leading position in India, Burmah Shell Oil Storage & Distribution, Burmah Shell Refineries established a refinery in Mumbai which led to the incorporation of Burmahshell Refineries Limited BSR. As part of this operation, the refinery introduced LGP as cooking fuel in Indian household.

Burmah Shell now Bharat Petroleum is responsible for opening the first pumping stations in 1928. The addition of a sizable glass cylinder that was attached to the pump, which was retrofitted to the existing pump, allowed the clients to see exactly how much fuel was running out. to buy. The clock style gauge, which was predominant on gasoline pumps in the early 1930s, later replaced the visible cylinder.

In those days, the company also offered lubricants that met the highest quality standards and had workers with specialized training and a state of the art quality control laboratory. The lubricant was the largest and most modern in the east, at Wadi-Bandar known as the Wadilube facility.

Fast forward to 1976, the company name was changed to Bharat Refineries Limited BRL. It was then that the company passed into the hands of the Government of India. Later, after a year, the company was renamed Bharat Petroleum Corporation Limited.

Bharat Petroleum introduced the PetroBonus Program in 1999. It is the country’s first prepaid and rewards program for the oil industry and uses state of the art microprocessor based smart cards that are easy to use.

Today, the company became the first modern refinery in the country, representing the nation’s industrial might and utilizing the latest technological improvements to enable digital transformation.

The company’s vision is based on seven core values, which are:

The company’s mission is to offer services that ethically help society and the environment. His goal is to grow as a great organization both professionally and personally.

The company has an upcoming project called Petrochemical Diversification. It plans to diversify into this area to provide attractive value added higher than transportation fuels. The company plans to invest around Rs 13 billion in this project.