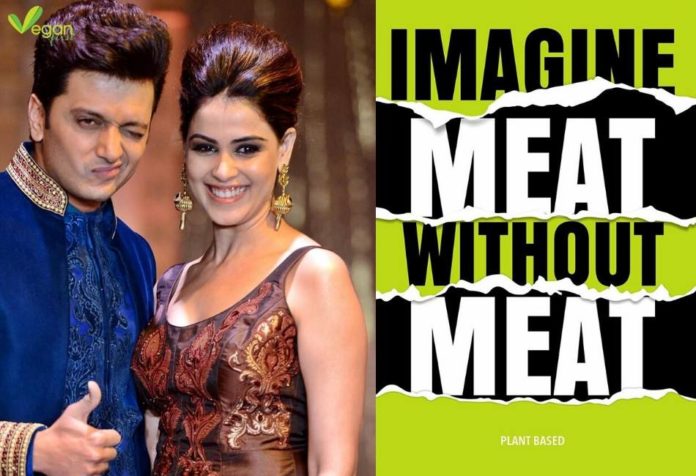 Bollywood couple Genelia and Ritesh Deshmukh have started their startup and named it Imagine Meats.

Millions of animal lives in India are killed for their meat. Imagine Meats has claimed that the meats they make will be made through the plant, and their test, smell, and color will be similar to an animal’s flesh.

Ritesh Deshmukh says that we will prepare the same animal meat product with pea protein, coconut oil, and plant cells, without harm to the environment and public health. The same experience is available for those peoples who consume meat.

Plant food will not harm our land, and this will prevent the waste of water. There are many slaughterhouses in India in which they kill animals Poisonous gas, Various types of disease, and the population of animals is also fading.

This is an entirely new idea in India. But these types of company already exists in other countries preparing the meat from the plant and selling it in the market.

We consume animal meat, due to that, many animals are also dying, and a lot of resources are also needed to make it. Many animals will be saved by the formation of meat with plant proteins, and it is also beneficial for Nature and us.

But this is also not easy because both their taste and texture should be similar to animal meat, and the cost should also be less so that consumers buy it.