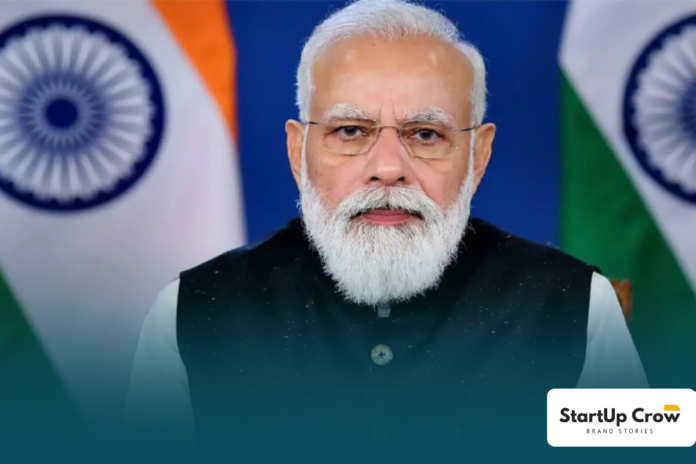 New Delhi Noting that the number of unicorns in India hit the 100 mark this month, Prime Minister Narendra Modi said on Sunday that even in the phase of the Covid pandemic, Indian startups have been creating wealth and value with entrepreneurs emerging from small towns and villages as well. In his monthly Mann ki Baat radio broadcast, the prime minister said that on the fifth of this month the number of unicorns in India reached the 100 mark. The total valuation of these unicorns is over $330 billion, i.e. more than 25 lakh crore rupees. Certainly this is a point of pride for all Indians.

You may also be surprised to learn that of our total unicorns, 44 appeared last year. Not only that, 14 more unicorns formed again in 3-4 months this year. This means that even in this phase of the global pandemic, our startups have been creating wealth and value.

Modi also noted that the average annual growth rate of Indian unicorns is higher than that of the US, UK and many other countries.

Analysts also say that there will be a sharp increase in these numbers in the coming years, he added.

Noting that unicorns are diversifying, Modi said that they are operating in many fields such as e-commerce, Fin-Tech, Ed-Tech, and Bio-Tech.

Another thing that I consider more important is that the startup world is reflecting the spirit of New India. Today, India startup ecosystem is not just limited to big cities; entrepreneurs from smaller cities and towns are also emerging. This shows that in India, whoever has an innovative idea, can create wealth

Modi also emphasized the importance of proper mentoring when it comes to the world of startup. A good mentor can take a startup to new heights. can guide the founders in every way towards the right decision. I am proud that there are many such mentors in India who have dedicated themselve to promoting startup.

It is a source of great joy for us that today a complete support system for startup is being developed in the country. I am sure that in the time to come we will see a new flight of progress in the world of Indian startup, said the Prime Minister.

In his broadcast, Modi also said that India is a rich treasury of many languages, script & dialects. The variety of clothing, gastronomy and culture in different regions is our hallmark. As a nation this diversity strengthens us and keep us united.

Highlighting examples of diversity, Modi recounted the journey of Kalpana, who recently passed his 10th class exam in Karnataka.

The very special thing about Kalpana success is that she did not know the Kannada language until some time ago, but she not only learned it in three month, but she also proved it by getting 92 points. He also cited the example of Shripati Tudu, who hails from Purulia in West Bengal & is a professor of Santhali language at Sidho Kaano Birsa University, Purulia.

Tudu has prepared a version of the country constitution in their native Ol Chiki script for the Santali community, the prime minister said. This is a living example of the spirit of Ek Bharat Shrestha Bharat.

Modi also noted that June 21 will be marked around the world as the eighth International Day of Yoga.

This time the theme of Yoga Day is Yoga for Humanity. I urge you all to celebrate Yoga Day with great enthusiasm… Please also take corona related precaution. By the way, the situation now looks better than before all over the world. Because there is more & more vaccination coverage, people now go out more than ever; therefore, many preparations are also being seen around the world for Yoga Day.

The corona pandemic has made us realize the paramount importance of health in our lives & yoga is a great means of ensuring the same. People are experiencing how much physical, spiritual & intellectual wellbeing is given a boost through yoga.