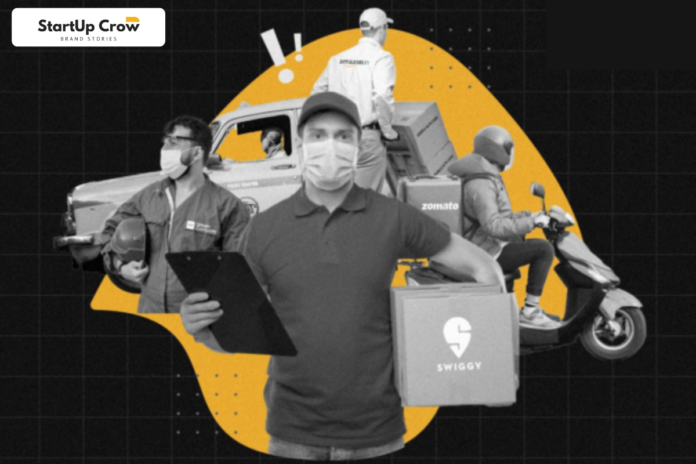 In its report, NITI Aayog estimated that more than 7.7 million workers were engaged in the sharing economy in 2020 to 21 and the number would skyrocket to 23.5 million by 2029 to 30. The report classified Gig Workers into two categories non platform workers and platform workers; where platform workers were defined as those who work with Uber, Swiggy & other platforms. NITI Aayog called on business platforms to institute measures to provide paid sick leave for all workers throughout the year.

The government think tank NITI Aayog called for the extension of social security benefits to Gig workers, including platform and non platform workers, in the country.

Read Also : Indians Have Lost Up To INR 1,000 Cr In Crypto Scams

The report called on business platforms to institute measures to provide paid sick leave to all contract workers, throughout the year. It also urged companies to ensure that provisions for insurance and access to health care services are made available to all Gig workers as part of companies’ work commitment policies.

The recommendations in this report will serve as a crucial resource for ministries, state governments, training providers, platform companies and other stakeholders to work collaboratively to promote growth & employment opportunities in this sector, Kant said.

The report estimated that more than 7.7 million workers were involved in the gig economy in 2020 to 21, and said the number would skyrocket to 23.5 million by 2029 to30. Furthermore, he noted that Gig workers were expected to form 4.1% of the total livelihood in India by 2029 to 30.

Referring to the example of Indonesia, the expert group also called on companies to offer occupational disease and accident insurance for employees.

Referring specifically to mobility players and delivery giants, NITI Aayog said startups should offer accident insurance to their Gig workers in collaboration with the private sector or government.

NITI Aayog also suggested that new age tech startups should provide income support for workers in the guaranteed minimum wage lines in the US. He also called on companies to extend interest free loans to Gig workers & small businesses listed on the platform.

He recommended the creation of a corpus fund to mitigate contingencies arising from certain circumstances, such as a pandemic.

Inclusion is the key

The report also dedicated a section specifying the importance of gender inclusion and accessibility awareness programs for the larger gig economy.

He also called on companies to institute inclusive communication systems and job design changes to ensure more people from marginalized communities take up employment as freelancers at their respective companies.

He said the platforms should incentivize inclusive businesses, such as women led groups or specially trained groups that hire marginalized sectors.

Suggestions were also made regarding upgrading the skills of Gig workers. He asked companies to collaborate with government departments to foster talent and micro entrepreneurship.

Amid a huge increase in the number of Gig workers, the report also sought a separate enumeration exercise to estimate the size of the platform and gig workforce in the country.

The report comes just a month after it was reported that Zomato delivery apps to Dunzo were facing an outage from temp workers.

Previously, many media portals have reported on a number of issues affecting Gig workers, from lack of job security to low income. Critics also raised road safety concerns regarding the much touted 10 minute delivery model.