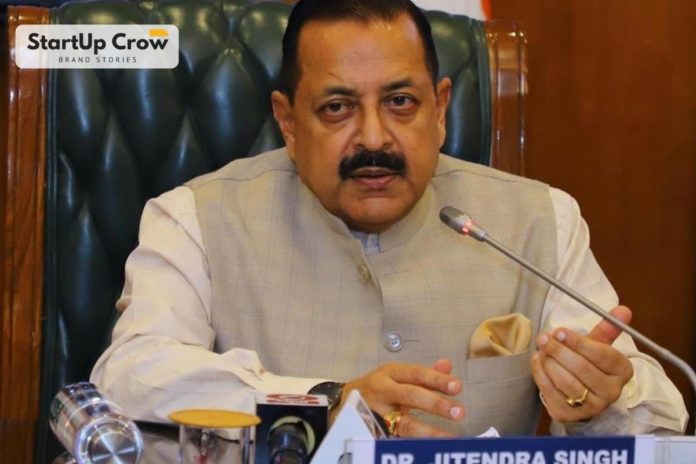 Union Minister of State independent position Ministry of Science & Technology Minister of State Independent Position Ministry of Earth Sciences MoS of the Office of the Prime Minister and the Ministry of Personnel, Public Complaints and Pensions, Atomic Energy & Space, Dr. Jitendra Singh said today that the new National Education Policy complements the StartUp ecosystem with the promise of open new career & entrepreneurship opportunities for students and youth in India.

Referring to the release of the Madhya Pradesh government Startup Policy 2022 on May 13, in which Prime Minister Narendra Modi emphasized that the number of StartUps in India has risen to 70,000 from about 300 to 400 in the In the last decade, said Dr. Jitendra Singh, North India and particularly Punjab must move quickly to promote StartUps as an alternative source of livelihood.

Addressing the 50th Convocation of DAV College, Hoshiarpur, Dr. Jitendra Singh said that Punjab must regain its past glory as a premier educational center of India and recalled that even in pre-independence India, Govt College Lahore and the University of Punjab were among the leaders in education. institutions throughout the subcontinent. He pointed out that NEP-2020, along with the current increase in StartUp, offers Punjab a unique opportunity.

Dr. Jitendra Singh reminded the academy and students of the historical context and said that until independence in 1947, the University of Punjab fulfilled the educational needs of a vast region of the subcontinent, but the partition has reduced the geographical boundaries somewhat. of the jurisdiction of the University.

Coming back to the merits of NEP-2020, said Dr. Jitendra Singh, the provision of multiple entry/exit options is something to be valued as this academic flexibility will have a positive impact on students related to availing different career opportunities. at different times, depending on their intrinsic learning and inherent aptitude. The Minister also said that this entry/exit option may also be chosen in the future for teachers, giving them professional flexibility and opportunities for updating, as is done in some Western countries and in the US.

Saying that one of the goals of NEP-202 is to decouple degree from education, Dr. Jitendra Singh said that linking degrees to education has taken a heavy toll on our education system and also on society. One of the consequences has been an increasing number of educated unemployed.

Dr. Jitendra Singh said that the contribution of DAV institutions in spreading the light of education has been invaluable and one should be proud to receive a graduate or postgraduate degree from one of the leading institutions in North India. He said that it is also encouraging to note that DAV has been routinely ranked among the top institutions in India and congratulated everyone on this achievement.

Referring to the pressing problems facing Punjab, Dr. Jitendra Singh said that the state is gripped by two main problems: drug abuse and migration of students to other countries. Expressing his concern about the huge numbers of students migrating abroad, he urged students to look for numerous opportunities provided by the Government of India on its website for start-ups, research & development and innovation. Asking them to do their humble bit for AtmaNirbhar Bharat, the Minister expressed his confidence that this generation will play an important role in reversing the brain drain phenomenon.

Shubham - Modified date: July 2, 2022 0
We have brought major tournament, Indian themed collaborations and held India focused event with the community with the aim of selecting a...