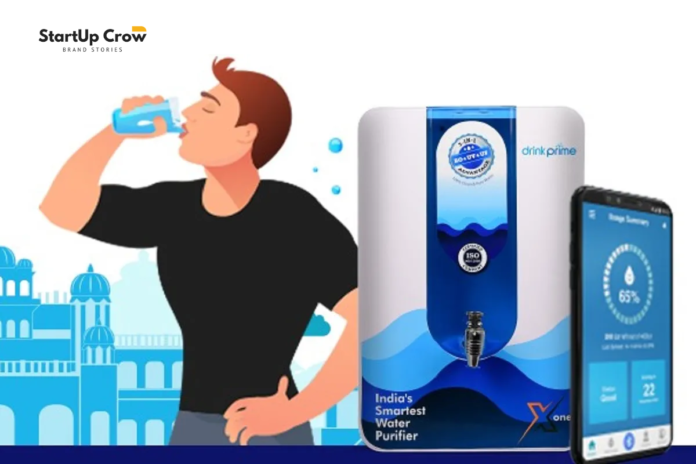 DrinkPrime – The funding round was led by Omidyar Network India, Sequoia Surge and 9Unicorns, with the participation of investors such as Aureolis Ventures and Kwaish Ventures. The equity investment was reportedly set at around INR 30 to 35 Cr, while the rest was raised through debt. The startup will use the funds to bolster its product line and speed up infrastructure development.

Bangalore based water purifier startup DrinkPrime has raised INR 60 Cr in a mix of debt & equity as part of its Series A funding rounds led by prominent investor including Omidyar Network India, Sequoia Surge and 9Unicorn.

The round also saw the participation of other investors such as Aureolis Ventures, Kwaish Ventures, ZNL Growth Fund Northern Arc Capital and Unitus Capital.

According to The Economic Times, the equity investments was set at around INR 30 to 35 Cr, while the rest was raised through debt.

The startup will use the funds to shore up its product line and accelerate infrastructure development. It will also use the fresh funds to invest in people & expand its operation.

We look forward to serving more and more customers, solving more problems for them, and bringing innovation, efficiency and scalability to everything we do, said Sanjay Sunku, chief strategy officer at DrinkPrime.

DrinkPrime, founded in 2015 by Vijender Reddy Muthyala & Manas Ranjan Hota, claim to be a drinking water company that offer Internet of Things IoT powered custom water purifier on a subscription basis to users. The startup leverages IoT to enable a seven stage filtration process to provide its customers with access to clean drinking water.

The last time he raised INR 21 Cr was in an Omidyar Network India and Sequoia Surge Series A pre round in 2020.

The startup currently offers its services in seven major cities, including Bangalore, Delhi NCR, and Hyderabad. DrinkPrime claims to have grown by 330% this year so far, serving 1 Lakh users across seven cities so far.

DrinkPrime competes with Swajal, OwO, among others, in the nascent space.

Meanwhile, investors continue to put their faith in the country burgeoning water technology ecosystem. A report pegged the global market size for water and wastewater technologies at $64.4 billion in 2018, which is projected to rise to $83 billion by 2023.

In December last year, Gurugram based water purifier startup OwO raised $3 million in a seed funding round. Another Bangalore based aquatic technology startup, Uravu Labs, has also raised an undisclosed amount of funding from Speciale Invest.