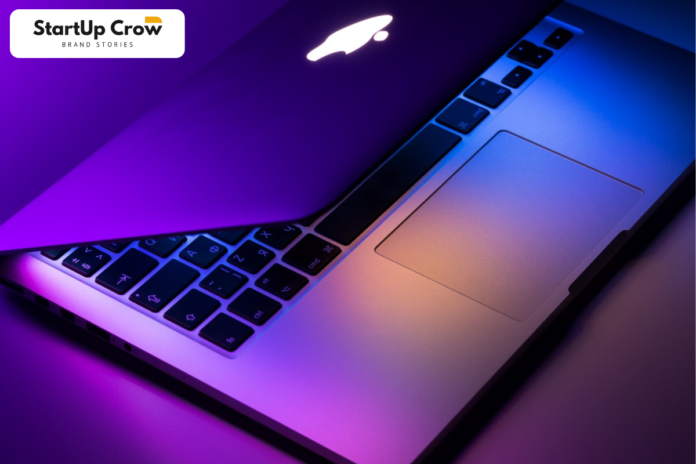 Coupled with a strong focus on security and privacy, Apple is uniquely positioned to grow its enterprise business in India: Analysts. Apple strong traction among businesses is attributed to its secure, privacy first operating system & coolness quotient attached to product Counterpoint. Apple still account for less than 5% of India’s overall business PC market.

Shipments of Apple laptops and PC to Indian companies grew 50% year on year in the first half of 2022, according to industry tracker Counterpoint. Counterpoint, however, added that Apple still accounted for less than 5% of the overall Indian business personal computer market.

While the Apple brand has been enjoying strong traction in the consumer space for MacBooks, Apple market share in larger enterprises has also increased along with mind share, said Neil Shah, vice president of research at Apple. Counterpoint Research.

He added that MacBooks are seeing strong traction among businesses, likely thanks to their secure, privacy-first operating system and the coolness quotient attached to the product.

The key reasons are that companies see MacBooks as a longer-term investment by getting regular updates for even more than five to seven years, a stable, private and secure operating system, increasing support for MDM phones) and improved computing performance. such as battery life outlook with new ARM based M series SoCs system on a chip, overall reduced total cost of ownership and increased attraction and retention tool for employees more young people wear and use Apple devices with a coolness quotient attached. he added he.

Shah also argued that Apple’s growing presence in Tier I and II cities, as well as strong supply chain management, are some of the main drivers of business sales.

Meanwhile, IDC struck a cautious tone on overall sales, saying slowing demand was a cause for concern for the consumer and business segments.

Increasing channel inventory and slowing demand is a cause for concern in both the consumer and commercial segments. High inflation, recession fears and dollar price fluctuations could slow down PC acquisition, especially among startups, said Navkendar Singh, associate vice president of device research at IDC India.

Singh, however, also believed that the corporate segment was still the bright side amid the current scenario.

Large companies are buying but delaying their purchases. the strong momentum in the government segment and the existing portfolio in the corporate segment are something to watch in the commercial segment, added Navkendar Singh.

The sentiment was shared by other industry watchers such as Prabhu Ram, head of the Industry Intelligence Group, CyberMedia Research CMR.

With its ever-growing bouquet of hardware and software services, coupled with a strong focus on security and privacy, Apple is uniquely positioned to grow its enterprise business in India, Ram told the Economic Times.

During its earnings call in late July, the Cupertino based tech giant CFO, Luca Maestri, said In the enterprise market, our customers are increasingly investing in Appel products as a strategy to attract and retain talent.

Amit Mishra - Modified date: February 4, 2023 0
In the world of technological advancements, the marketing sector is also taking up a new way of promoting its products and services....
<div class="td-block-span