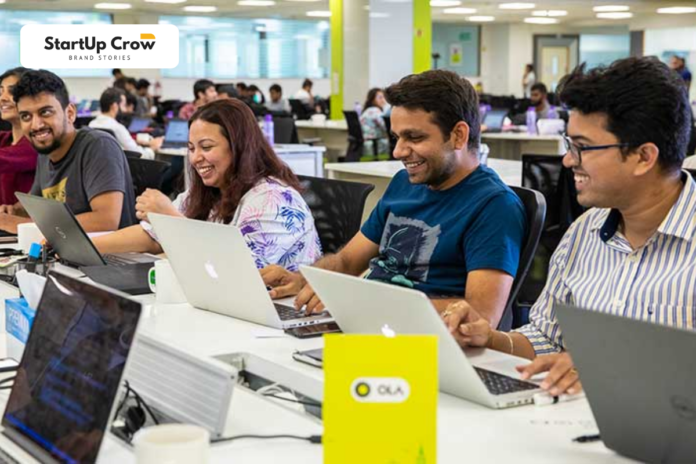 The move is part of the startup strategy to cut costs amid a funding winter. Unicorn Ola has also stopped making investments in international markets such as the United Kingdom, Australia and New Zealand. Recently, Ola closed its user car business Ola Cars and fast trade business Ola Dash to focus on its electric vehicle manufacturing business.

In the midst of funding winter, passenger transport startup Ola is reportedly looking to significantly cut its costs, which would result in laying off around 400 to 500 employee.

Read Also : India To Provide UPI To The World

The startup asked its key managers last week to prepare a list of employees who could be laid off, a source quoted by Moneycontrol said.

Furthermore, Ola has also stopped making investments in international markets such as the UK, Australia and New Zealand, another source told the publication.

Shedding cash burns heavyweight businesses like Dash and cutting employee costs will give them a more operational runway and also show a profitable business if they want to go public, the second quoted source said.

With this clear focus, Ola has reassessed its priorities and decided to close Ola Dash, its fast trading business. Unicorn Ola will also refocus its Ola Cars business to focus more on strengthening Ola Electric go to market strategy.

Fire incidents involving two-wheel electric vehicles EV from Ola electric and some other original equipment manufacturers OEM have raised safety concerns among customers. This has led to a decrease in demand for Ola Electric vehicles. Its vehicle registrations fell 36% month on month MoM to 5,883 units in June after witnessing a 27% MoM drop in May.

Unicorn Ola Electric is also working on the launch of its electric car and recently presented its design at a customer event.

The ongoing war between Russia and Ukraine, rising inflation and tightening of monetary policies by central banks have led to a global economic slowdown and fears of an impending recession. This has also made investors wary of investing in startups, leading to a difficult funding environment, referred to as a funding winter.

In the midst of these, many startups have begun laying off employees to cut costs and conserve cash.

Recently, BYJU led edtech giant WhiteHat Jr laid off nearly 300 employees in sales, marketing, operations, and several other divisions to cut costs. In addition, the insurtech startup Nova Benefits laid off around 70 employees as part of the company restructuring process.